I guess that's one part of the Bible that five Tampa Bay Rays players decided to ignore when they cited "faith-based" reasons for not wearing custom hats and jerseys with rainbow lettering and patches during the team's Pride Night celebration over the weekend.

What pitchers Jason Adam, Jalen Beeks, Brooks Raley, Jeffrey Springs and Ryan Thompson really chose to do when they each stripped off their rainbow sunburst patch is show that they aren't accepting (no matter what they say) and that Major League Baseball still has a lot of work to do on this front.

It's unfortunate, too, because the Rays organization has done a darn good job at creating an accepting environment for everyone. 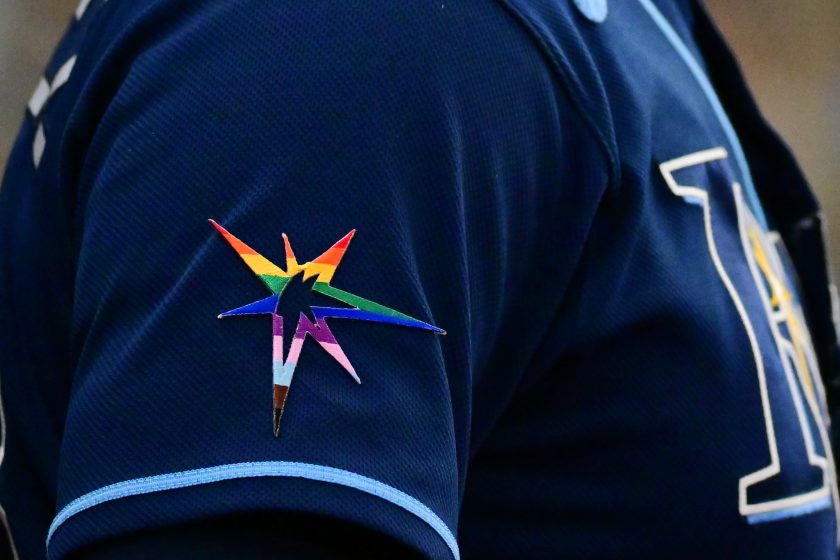 While more than half of the team wore the colorful uniforms, at least five players "opted out" of wearing them. Relief pitcher Jason Adam was one of them, and he spoke for the group about their decision to choose not to be part of creating a place where everyone is welcome. Per the Tampa Bay Times:

"A lot of it comes down to faith, to like a faith-based decision," Adam said. "So it's a hard decision. Because ultimately we all said what we want is them to know that all are welcome and loved here. But when we put it on our bodies, I think a lot of guys decided that it's just a lifestyle that maybe -- not that they look down on anybody or think differently -- it's just that maybe we don't want to encourage it if we believe in Jesus, who's encouraged us to live a lifestyle that would abstain from that behavior, just like (Jesus) encourages me as a heterosexual male to abstain from sex outside of the confines of marriage. It's no different."

"It's not judgmental. It's not looking down. It's just what we believe the lifestyle he's encouraged us to live, for our good, not to withhold. But again, we love these men and women, we care about them, and we want them to feel safe and welcome here."

No, Jason. You don't. You don't want anyone who is different from you to feel safe and welcome here. Or else you would've worn a simple patch and a hat with rainbow lettering.

One player who spoke in favor of wearing the uniforms was outfielder Kevin Kiermaier, via The Times:

"It's one of those things, my parents taught me to love everyone as they are, go live your life, whatever your preferences are, go be you," Kiermaier said. "I can't speak for everyone who's in here, obviously, but this is a family-friendly environment here at a big-league ball field. ... We just want everyone to feel welcomed and included and cheer us on. No matter what your views on anything are."

Kiermaier hit the nail on the head. It reminds me of Nationals reliever Sean Doolittle, who's been a big proponent of the LGBTQ+ community when far too few players have done the same.

The Rays Players are Hiding Homophobia Behind Religion 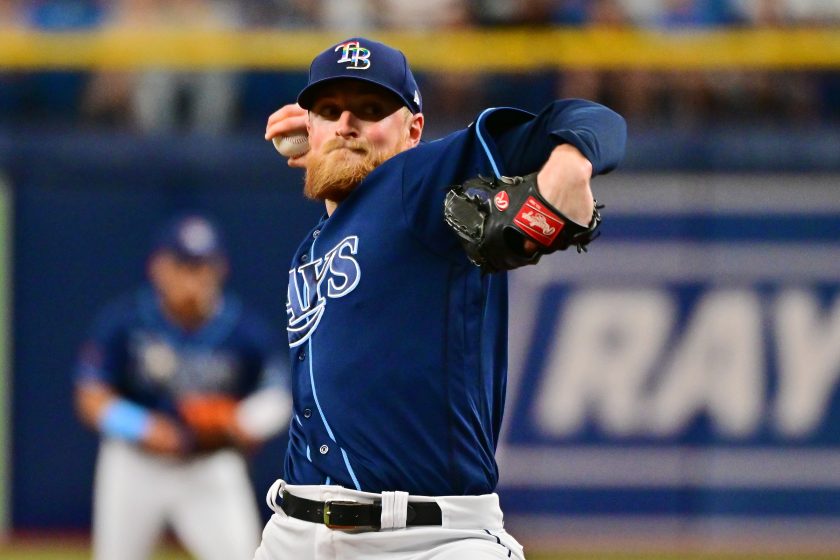 People in the queer community have heard this type of story countless times. We're sick of it.

Religion may be a choice, but sexuality isn't. There's no disagreeing with this "lifestyle." That's the basis of hate, and that can't be tolerated.

One problem I have is that Jason Adam, Jalen Beeks, Brooks Raley, Jeffrey Springs and Ryan Thompson have clearly chosen to interpret the Bible in a way that fits their homophobic views. If they have a problem with homosexuality (or any sexuality that isn't heterosexuality) maybe they should check and see what else the Bible condemns, because it includes eating pigs and shellfish, and wearing ripped jeans. If your response is to say those are outdated but the one about two men loving each other isn't, then you're part of the problem.

The pride flag is an image of support. It shows that all are welcome here, regardless of sexuality or gender. If Adams and the other pitchers wanted to show they welcome and celebrate everyone, they would've worn the rainbow uniforms. I must have missed the part of the Bible that condemned colorful jerseys.

I'm not the only one pissed off by this. Those five Rays players have caught plenty of flak since then. One such opponent was St. Louis Cardinals pitcher Jack Flaherty, who wrote "absolute joke" in response to their homophobic stunt. And that's coming from a guy with a Bible verse in his Twitter bio. See how you can be religious and accepting?

For those that argue players should have the option to not wear something they're not comfortable with, I present to you an excerpt from Outsports that puts it in perspective:

"Can you imagine the club that would allow a player to opt-out of wearing a 42 on his jersey for Jackie Robinson Day? Or refuse to wear some camo for a Military Appreciation Day? Complete disaster."

The point is that a uniform is a uniform for a reason. All should be wearing it.

Examples Like This Are Why More Players Aren't Out 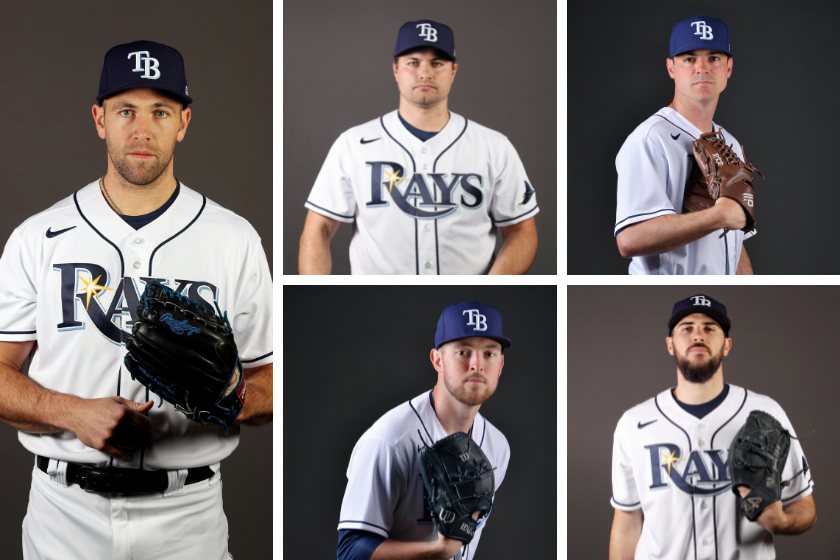 I should amend that to say why zero players are out. There have only been two former or current MLB players to have come out -- Glenn Burke and Billy Bean, both of which were and are trailblazers in their own ways.

Think about it for a sec. Imagine you're a closeted player in that Rays locker room who has struggled with your sexuality. You haven't been able to be yourself and live openly and free because of teammates like this. How do you come out and expect your teammates to love you when they say they "disagree" with who you are and can't even wear a rainbow flag? There are 1,280 MLB players on 40-man rosters. Do you think they're all straight? No chance.

Read Billy Bean's story about losing his partner to AIDS if you want to understand why it's important to be an accepting and loving teammate and show that you are. It's a heartbreaking one.

While MLB has come a long way in showing support of the LGBTQ+ community, it's clear there's still plenty of work to do. The Rays do a great job, and not just during Pride Month. Saturday's Pride Night was their 16th at Tropicana Field. And as the Tampa Bay Times noted, they were the "first pro sports team to sign an amicus brief to the U.S. Supreme Court supporting same-sex marriage." They've supported causes like the "It Gets Better Project," whose mission is to "uplift, empower, and connect lesbian, gay, bisexual, transgender, and queer (LGBTQ+) youth around the globe."

But what message does it send when players of said team can't even wear a rainbow logo for a night against the Chicago White Sox? If I were Rays' manager Kevin Cash, I'd bring in someone from the community to explain exactly why this is a big deal. I don't think they get it.