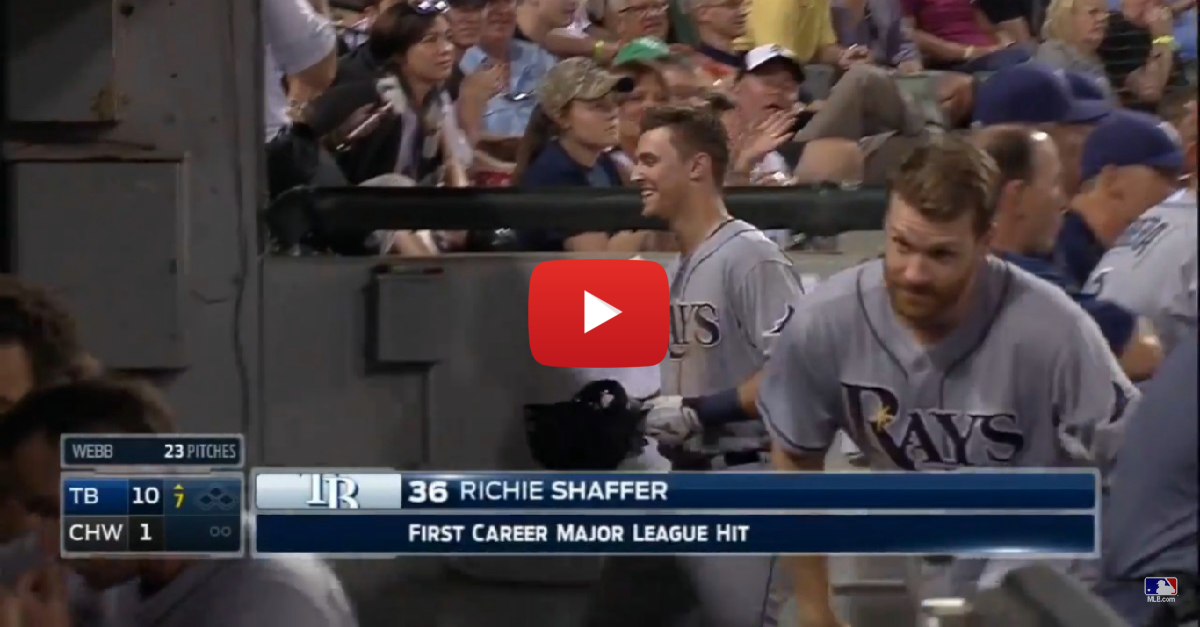 Baseball players often get wacky with their celebrations, often using shaving cream or Gatorade. But sometimes the classic way to celebrate is the old silent treatment.

That’s what happened to Tampa’s rookie third baseman Richie Shaffer on Tuesday when he got his first career hit in the seventh inning of a game against the Chicago White Sox. After hitting a home run and rounding the bases, Shaffer entered the dugout with his teammates huddled up in the center and giving him the silent treatment. However, already a veteran of the celebration game apparently, Shaffer just started celebrating with imaginary teammates, giving out high-fives and hugs to thin-air before the huddle finally broke to properly congratulate Shaffer.