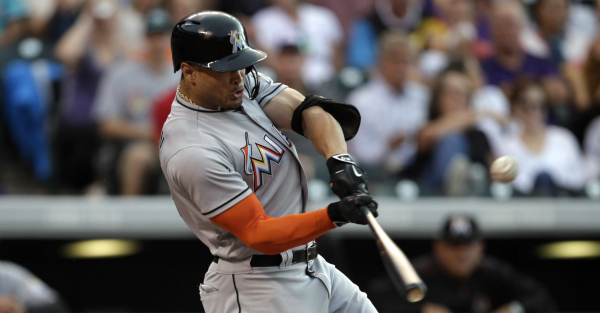 The 2016 Home Run Derby champ just hit one in a game that puts all the others to shame. Giancarlo Stanton blasted a home run yesterday off of the Rockies’ Chad Betis that was measured at 504 feet.

The MLB says Stanton’s homer is the longest in Coors Field’s history and the longest ever recorded by its Statcast system.

Stanton’s home run isn’t the longest ever measured, though. That honor belongs to Jose Canseco, who blasted a 540-foot home run in the 1989 ALCS. There may have been longer homers (Micky Mantle is purported to have hit one over 650 feet), but they came before today’s verifiable measuring standards.

The home run probably didn’t cause Betis to lose much sleep, though. The Rockies beat Miami 12-6 in the game, and Betis earned his 10th win of the season with a three-run, six inning performance.