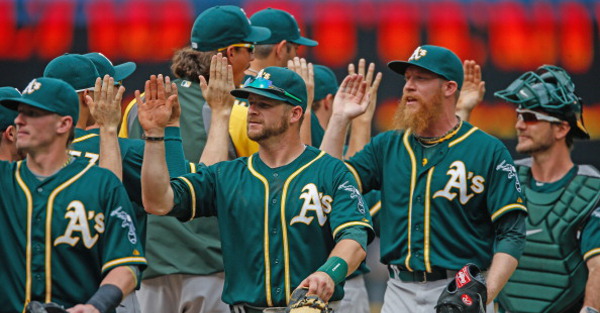 RELATED: A former MLB exec busted for high-tech cheating is going to jail

The Oakland Athletics have suspended their Strength and Conditioning coach, Mike Henriques, after a camera was found inside the weight room at their training facility.

A player found the camera in a box, notified team union representative Sean Doolittle, and he notified the team’s front office.

?This was the misguided action of one employee,? Billy Beane, VP of Baseball Operations said in a statement. ?We hired an independent investigator. While the employee?s intentions were good his judgment was very poor.?

Henriques admitted to installing a camera in order to “observe players working out and rehabilitating injuries,” according to Yahoo Sports.

The MLB and the Players Association will monitor the Athletics’ investigation with an independent law firm and will present their findings Monday.