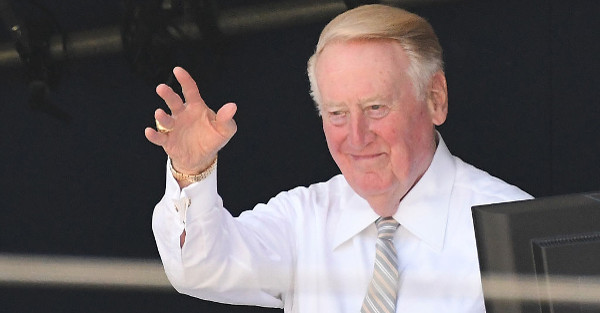 Finding Dodgers game will get a little easier toward the end of the season.

RELATED: Michael Taylor has a massive brain fart and that leads to a walk off win for the Dodgers

With long-time broadcaster Vin Scully riding off into the sunset of retirement, KTLA has decided to pick up the final six games games of the Dodgers’ season, allowing fans the chance to hear his legendary broadcasting before he turns off his mic for good.

Dodgers fans have had an extremely difficult time watching Dodgers games on cable television because SportsNet LA, their cable channel, is not carried by several cable companies due to the high price Time Warner and the Dodgers are asking to be paid to carry it.

Scully has spent 67 years as the Dodgers play-by-play announcer–the longest any broadcaster has been with a single team in professional sports history.

KTLA won’t soften the standoff that’s kept fans searching for ways to watch their favorite team, but for those that truly care, fans can enjoy the last six games of Scully’s 67-year career.