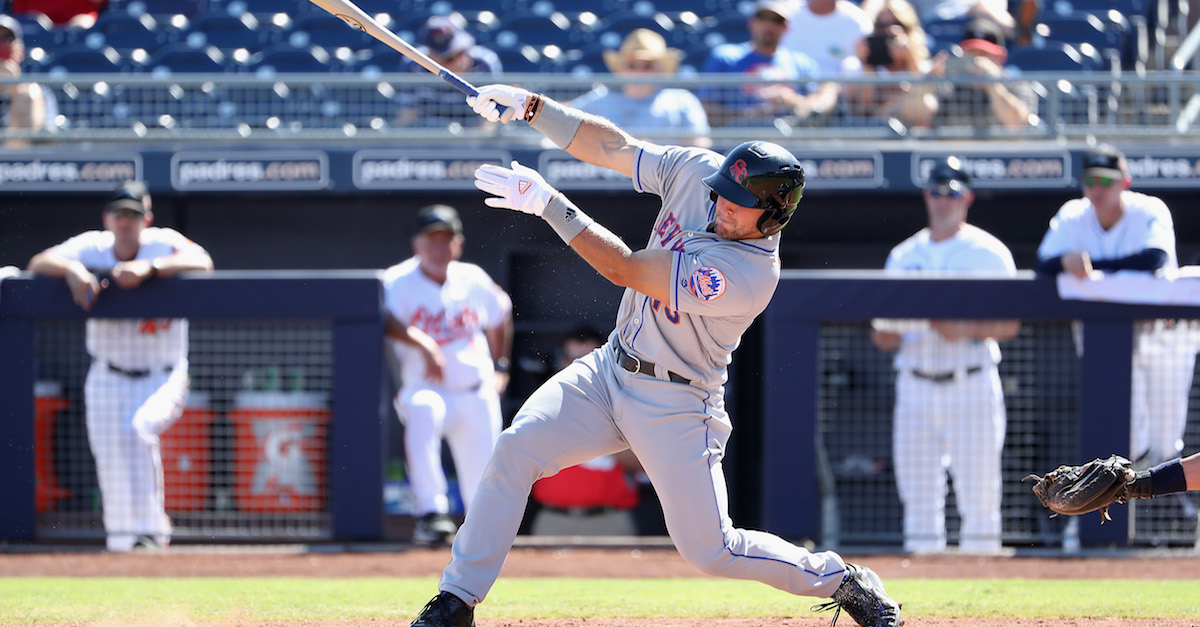 Tim Tebow’s jump into spring baseball didn’t get off to a great start, but apparently the SEC analyst and former Heisman Trophy winner is making real progress as a professional.

After striking out in his first at-bat of the spring, Tebow now has three hits in his last four appearances at the plate, including two on Wednesday.

He even capped his day with a leaping catch:

Now Tim Tebow makes a leaping catch at the warning track to rob J.T. Realmuto. He is legitimately having a great game. #Mets

Now if he could just work on his throwing.