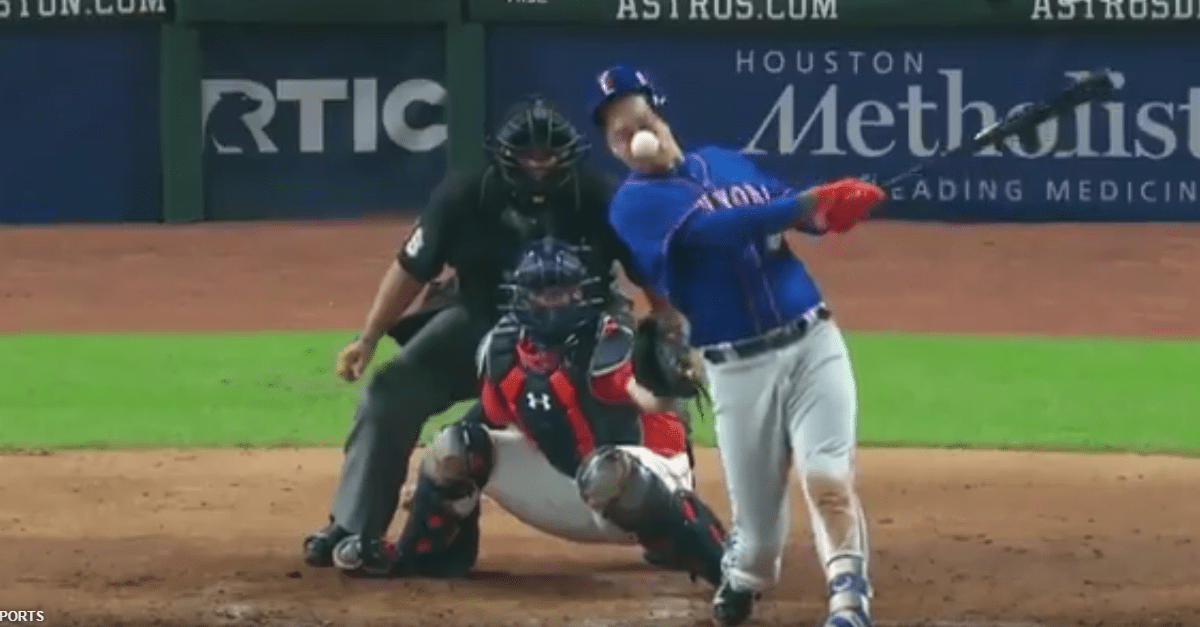 It’s not unusual to see a baseball player get hit with a pitch.

It’s extremely unusual to see a player hit himself in the face.

That’s what happened Saturday in the fourth inning of the New York Mets-Houston Astros game. Mets third baseman Wilmer Flores swung at a pitch, fouled it off, and it crashed into his face.

Wilmer Flores leaves the game after fouling a ball off of his nose! Yikes!#MLB #AGS pic.twitter.com/fMj9Z7MEfR

Flores immediately dropped to the ground as blood poured from his nose.

After the trainers came on to the field with a cloth, Flores left the game.

The New York Post reported he was taken to a hospital to be examined.