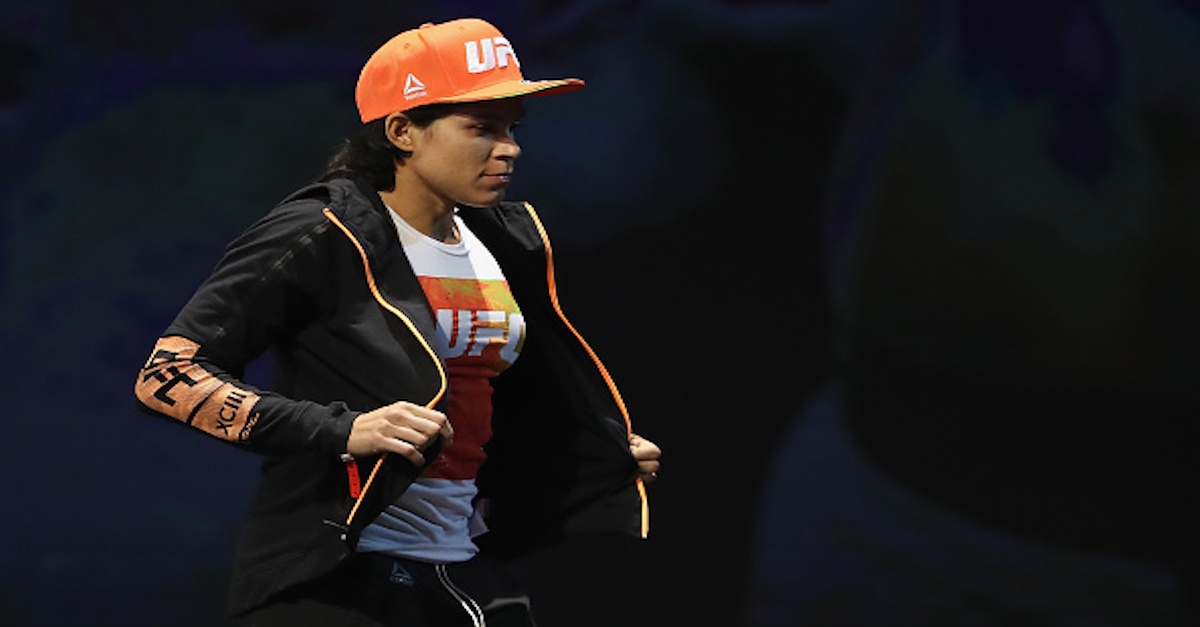 Contract negotiations always seem to be tricky, but that’s especially true in the world of sports, when they are more often than not a public discussion.

The actual hammering out of the numbers is private, of course, but in the age of instant Twitter reports everybody knows every little detail about a contract sooner rather than later.

That’s a pretty prevalent truth in both the NBA and NFL, but UFC recently had a little bit of contract drama when Amanda Nunes decided to call out Cris Cyborg, who is supposed to be her next opponent.

Nunes (15-4 MMA, 8-1 UFC) is expected to meet Cyborg (18-1 MMA, 3-0 UFC) in a potential champ vs. champ showdown, with Nunes being the bantamweight champion and Cyborg the featherweight.

That’s the expected fight, but per Nunes, Cyborg seems to be dragging on the affair. Nothing is official yet, due to negotiations.

Here’s MMA junkie with the quotes:

?I wanted that fight; (Cyborg) didn?t even think about that when I decided to do it,? Nunes told MMAjunkie. ?I texted Dana White, and I said I wanted that fight. I?m ready to go up. I wanted something big for my career, and I decided the next step would be Cyborg. But the negotiations have been so slow. I don?t know what is wrong, but I didn?t even see my contract yet. Nothing is official.?

Cyborg is coming off a title defense against Holly Holm from back at UFC 219. Nunes’ last fight was a split-decision win at UFC 215 over Valentina Shevchenko. Before that, Nunes knocked Ronda Rousey out at UFC 207.