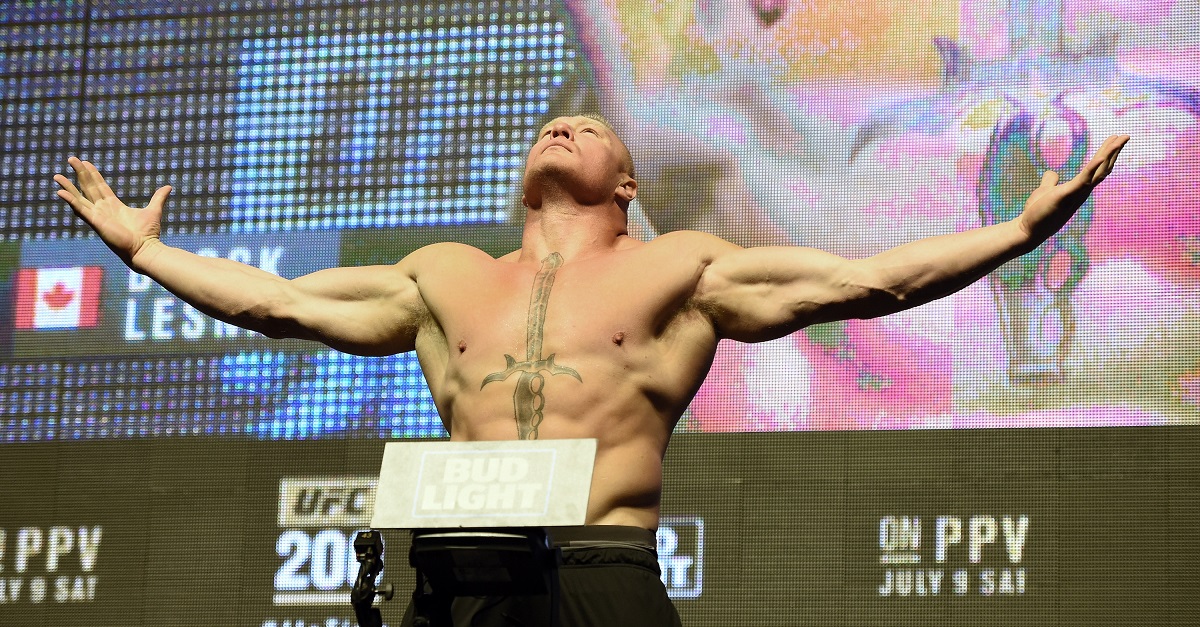 While WWE Universal Champion Brock Lesnar’s rumored return to UFC has yet to be officially confirmed, the former UFC Heavyweight Champion may have a set date and opponent already in place.

Earlier this week, rumors spread that Lesnar (5-3 MMA, 4-3 UFC) could face former light heavyweight champion Jon “Bones” Jones (22-1 MMA, 16-1 UFC) upon his return. However, there are several factors that need to be addressed, according to The Wrestling Observer Newsletter?s Dave Meltzer (subscription required).

“The working plan is for Brock Lesnar to face Jon Jones, provided Jones beats Daniel Cormier this week, with the idea of late December. But that time frame may not work since Vince McMahon would have to approve of any date until April. We were told that Lesnar vs. Jones was the working idea from a number of sources, but one said that it wouldn?t happen that early and would have to be in 2018.”

Jones, who will face Cormier (19-1 MMA, 8-1 UFC) at UFC 214 on Saturday for the title he was stripped of in April 2015, discussed the possibility of facing Lesnar during a UFC Facebook chat this week. The former champion said he’d be interested in the fight, but wasn’t confident it would happen.

Last week, Meltzer reported last week that Lesnar had gotten back in the USADA testing pool for UFC.