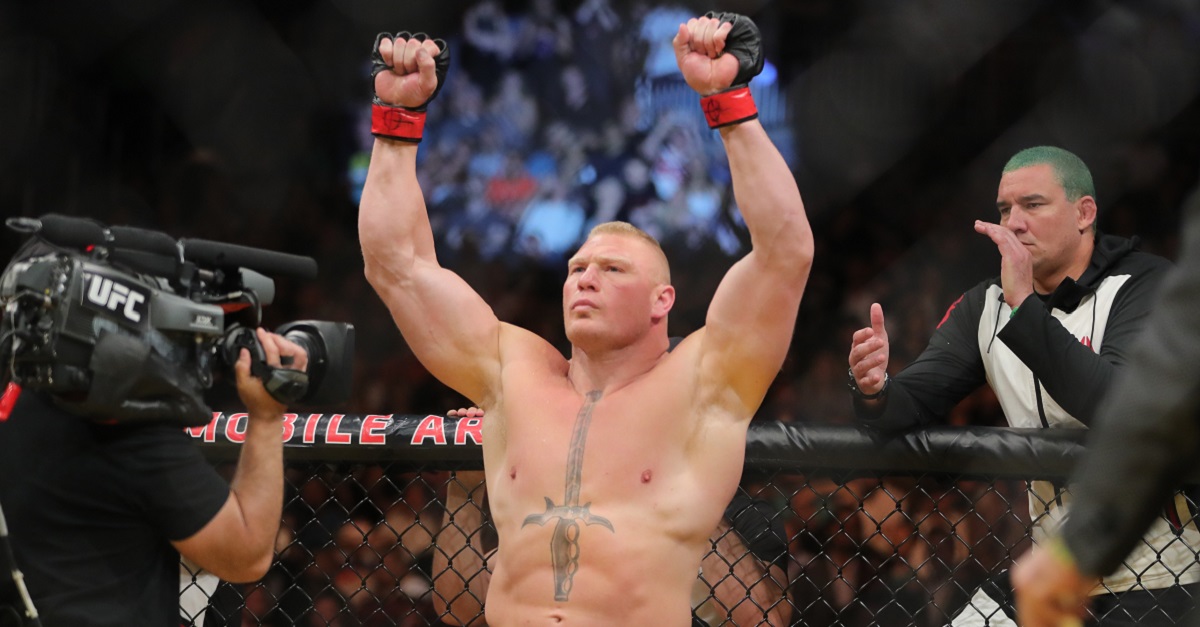 Former UFC Champion and current WWE Universal Champion Brock Lesnar (5-3 MMA, 4-3 UFC) has been rumored to be making a return to the octagon and he may already have a potential super fight in the works.

While it may just be speculation, there’s a growing possibility of a potential heavyweight fight between Lesnar and former light heavyweight champion Jon “Bones” Jones (22-1 MMA, 16-1 UFC).

Jones, who will face Daniel Cormier (19-1 MMA, 8-1 UFC) at UFC 214 on Saturday for the title he was stripped of in April 2015, discussed the possibility of facing Lesnar during a UFC Facebook chat this week. The former champion said he’d be interested in the fight, but wasn’t confident it would happen.

According to Meltzer, speculation grew on Tuesday after rumors of Lesnar and real-life manager Paul Heyman attending the UFC offices during International Fight Week began to spread. There  were also rumors that he spoke about participating at the UFC event scheduled for November 4 at Madison Square Garden.