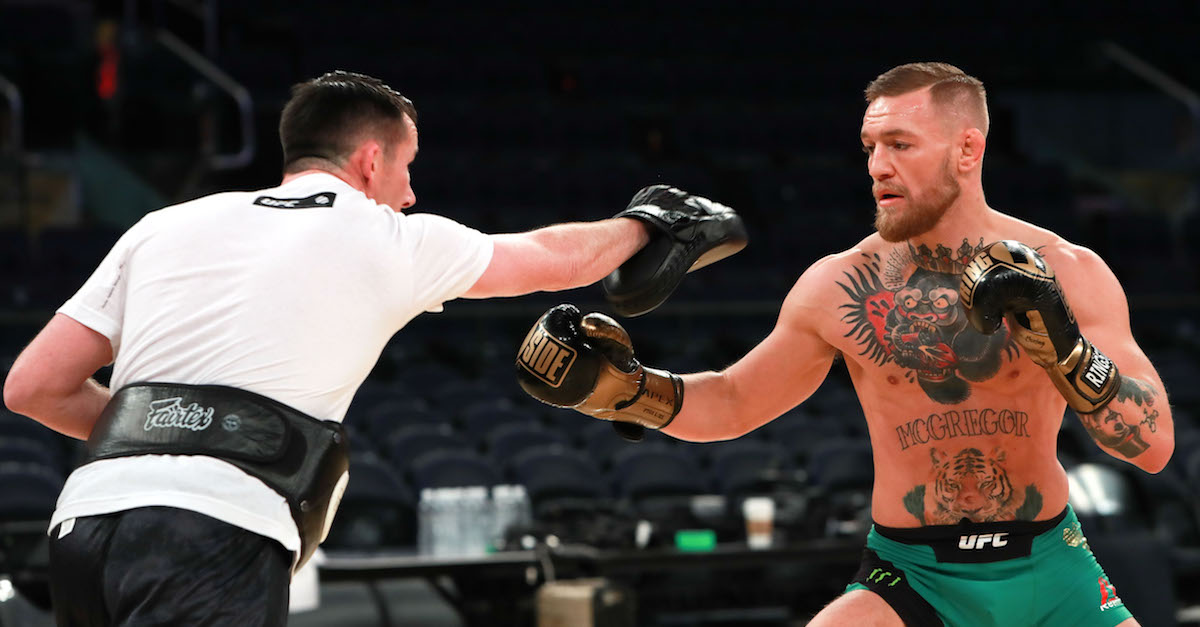 The latest video emerging from the McGregor camp was in response to Mayweather’s training video. To say the least, the results aren’t encouraging.

While the two training regimens are drastically different, the key here is the two fighter’s movement.

Mayweather, as we’ve known, is quick-twitch with rapid movement, blazing fast strikes and he’ll have landed four punches before you know what happens. For McGregor, it’s obvious he’s focusing on power. No training in the world will get him to the same speed as Mayweather, but it’s his movement that is worrisome from these videos. He’s stuck in mud, his head hangs and it’s not fluid.