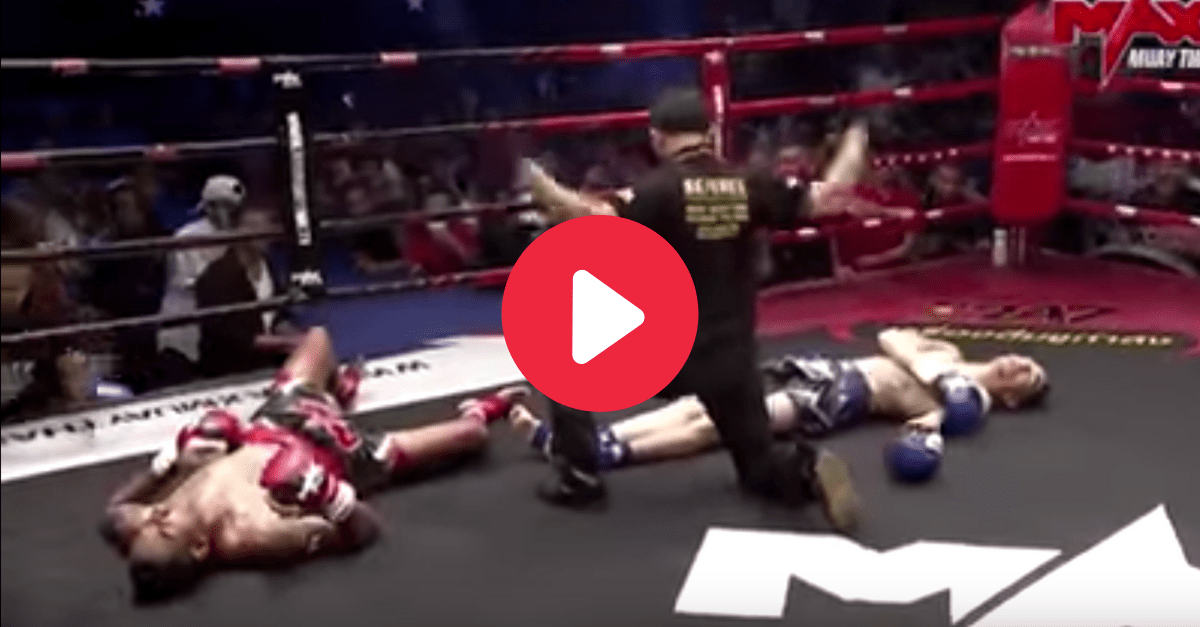 In late May 2017, Dorian Price and Jonathan Lecat took part in a fight of the ages that ended with one of the most insane finishes a fight can have: a double knockout finish.

Rather than the fight ending with both men lying on the ground, Price shot back up to get the victory after being dropped by a devastating blow from Lecat.

MMA Fighting caught up with Price to talk about the insane finish in Thailand.

“I didn’t know what happened at first,” Price says. “Obviously, I knew I got hit with something. I got up, and it wasn’t until I looked in my corner that I saw what happened. Then I looked at one of my teammates, Luke Bar from Wales, and he was screaming and he had his hands up. I looked at him and said, ‘Oh shit, I think might’ve won this thing.’”

It was an incredible moment, and it should come as no surprise that Price couldn’t even process what was happening after getting temporarily knocked out. He didn’t realize what had happened and that he may have actually won the fight.

Price also was an arm-down in the fight, as he was still recovering from a broken left arm from a previous fight.

MORE: This Vicious Double Knockout Reminds Us MMA Isn’t for the Weak