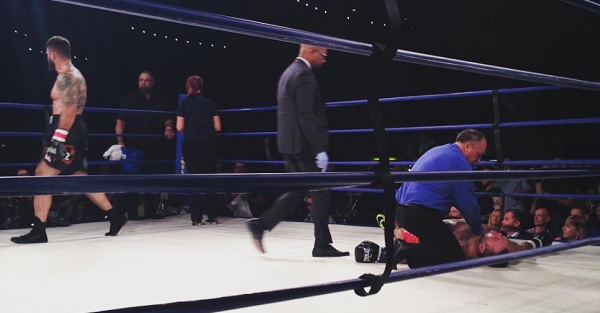 According to James Lynch of SportsNet in Canada, former UFC heavyweight fighter Tim Hague is in ICU following a brain injury that occurred during a boxing match on Friday.

Video of the knockout can be seen here. (25-minute mark)

Hague, 33, competed in UFC back between 2009 and 2011, participating in five fights. Hague won his UFC debut by submission over Pat Barry in 2009, but subsequently lost his other four UFC fights. Overall, Hague has a 21-13 record in MMA before transitioning into boxing last year.

We send our thoughts and prayers to Hague and his family at this time.