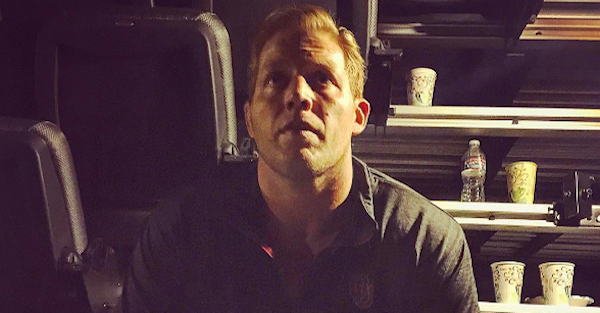 Hager, 35, announced his decision during an appearance on The MMA Hour with Ariel Helwani and said he plans on making his debut in 2018. Bellator’s official Twitter account also shared a video of the former world champion signing his contract.

Hager spent 11 years working for WWE both in its developmental territories and as a mainstay on both RAW and SmackDown prior to his release last March. During that span, he won the World Heavyweight, ECW and United States Championships and was also a Money in the Bank winner.

Hager was a standout amateur wrestler at the University of Oklahoma, where he set the school single-season record for pins with 30 in 2006 and was an All-American for the 285-pound weight class.

Last month, the former champion revealed his interest in pursuing a career in mixed martial arts.