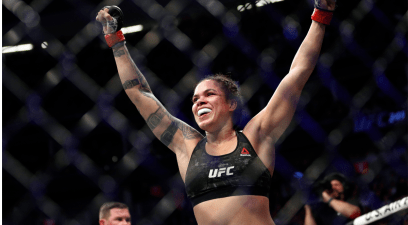 At this point, you’re definitely in the minority if you’ve never eaten at a Chipotle Mexican Grill. Personally, my go-to order has always been a double barbacoa bowl, all the fixings, and guacamole on the side, but that’s definitely not the most popular choice. The Chipotle burrito is hands down the crowd favorite, but after what MMA announcer Jimmy Smith found in the first bite of his lunch, you might never eat there again.

The veteran announcer who’s commentated fights for Bellator, UFC and Premier Boxing Champions revealed that when he settled in to eat his burrito, there was a pointy, hard substance digging into his teeth after just one bite. Apparently, somebody forgot that staples don’t belong in your food because Smith found 13 of them stuffed in his burrito.

Look what I just pulled out of my @ChipotleTweets burrito!! 9 FULL-SIZED STAPLES!!!!! Are you kidding me!?! Had to yank one out of my teeth!! Didn’t even search the rest of the burrito but I’m sure not eating it pic.twitter.com/7qJDdpREg1

“I eat like a wild animal, so it’s amazing I didn’t swallow those things. At the speed I eat, I have to have a lot of trust in my food to not swallow 13 staples in one bite. That’s exactly what — 13 staples, counted them — was in one bite. Didn’t search the rest of the burrito.”

When he called the Chipotle manager, the person offered to remake his food (like that’s going to solve anything), and Smith obviously declined. The manager also apparently asked if the former American Ninja Warrior host needed dental work as a result because I’m sure he has the power to offer that to a customer…

Smith added he’s “not that guy” and has no intentions to file a lawsuit over a burrito. Needless to say, the black belt in Brazilian Jiu-Jitsu doesn’t plan on going back for his Chipotle fix any time soon.

Next time you’re thinking Chipotle, it might be a better idea to walk down the street to the nearest Moe’s Southwest Grill, or better yet, go eat an authentic taco rather than the fast food kind. Ideally, there won’t be a brick of staples in that one.