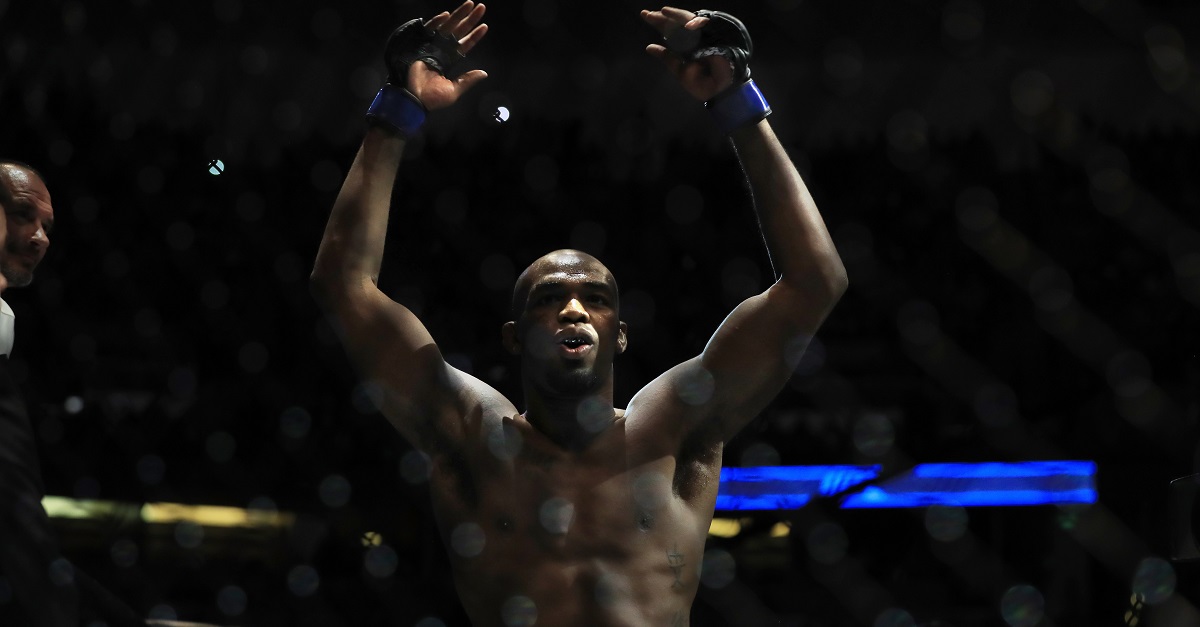 After successfully returning at UFC 214 in a win over Daniel Cormier to reclaim the UFC light-heavyweight title, Jon Jones has now tested positive for a banned substance.

UFC released this statement on the positive test:

The UFC organization was notified today that the U.S. Anti-Doping Agency (USADA) has informed Jon Jones of a potential Anti-Doping Policy violation stemming from an in-competition sample collected following his weigh-in on July 28, 2017.

USADA, the independent administrator of the UFC Anti-Doping Policy, will handle the results management and appropriate adjudication of this case involving Jones, as it relates to the UFC Anti-Doping Policy and future UFC participation. Under the UFC Anti-Doping Policy, there is a full and fair legal process that is afforded to all athletes before any sanctions are imposed. The California State Athletic Commission (CSAC) also retains jurisdiction over this matter as the sample collection was performed the day before Jones? bout at UFC 214 in Anaheim, CA, and USADA will work to ensure that the CSAC has the necessary information to determine its proper judgment of Jones? potential anti-doping violation.

TMZ was first to report the news of the positive test, saying that UFC plans to strip Jones of the title he won at UFC 214.

Daniel says the only reason I defeated him the first time is because I must have been on steroids, wonder what his excuse will be this time pic.twitter.com/HMCFQBoBR4