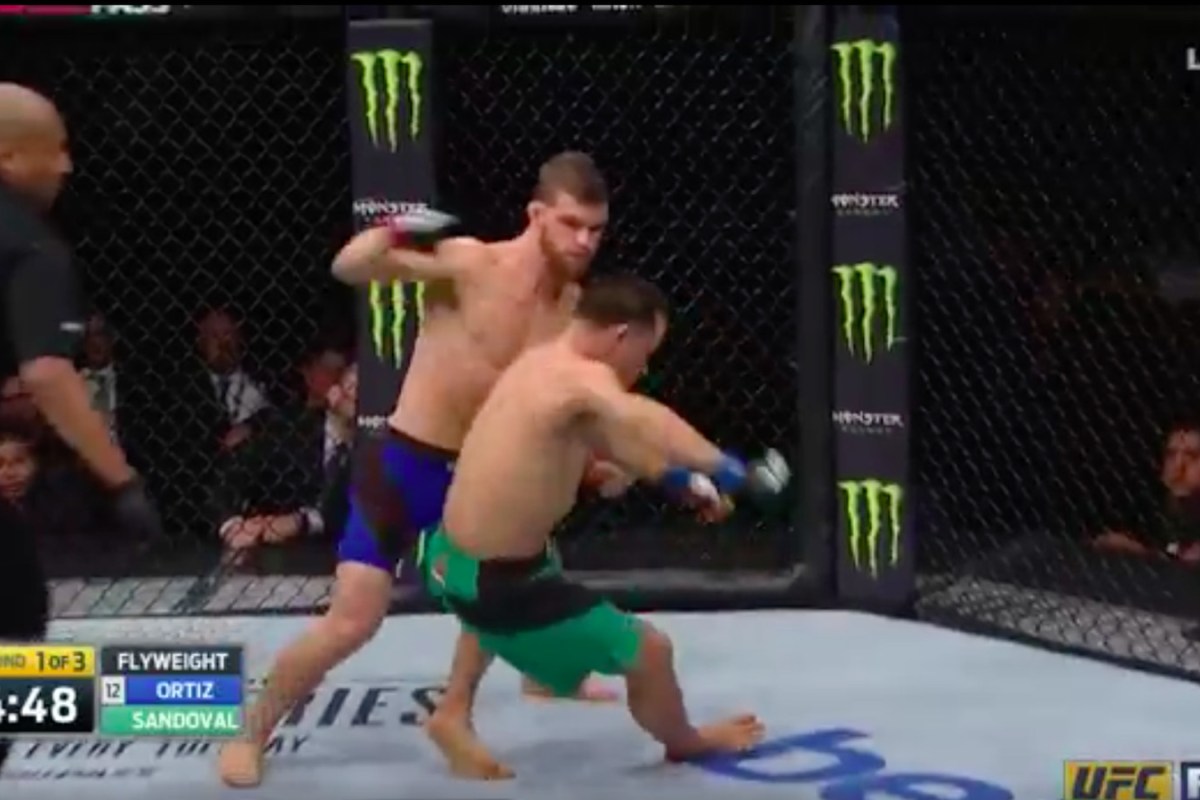 Dustin Ortiz provided a huge response to anyone doubting his ability to finish fights.

Ortiz entered Friday’s bout coming off three losses in his last four fights and caught a charging Sandoval with a counter 1-2 combination before capturing the victory with a ground and pound.

Ortiz beat the previous 125-pound record of 44 seconds set by Fredy Serrano during his bout against Yao Zhikui in November 2015.