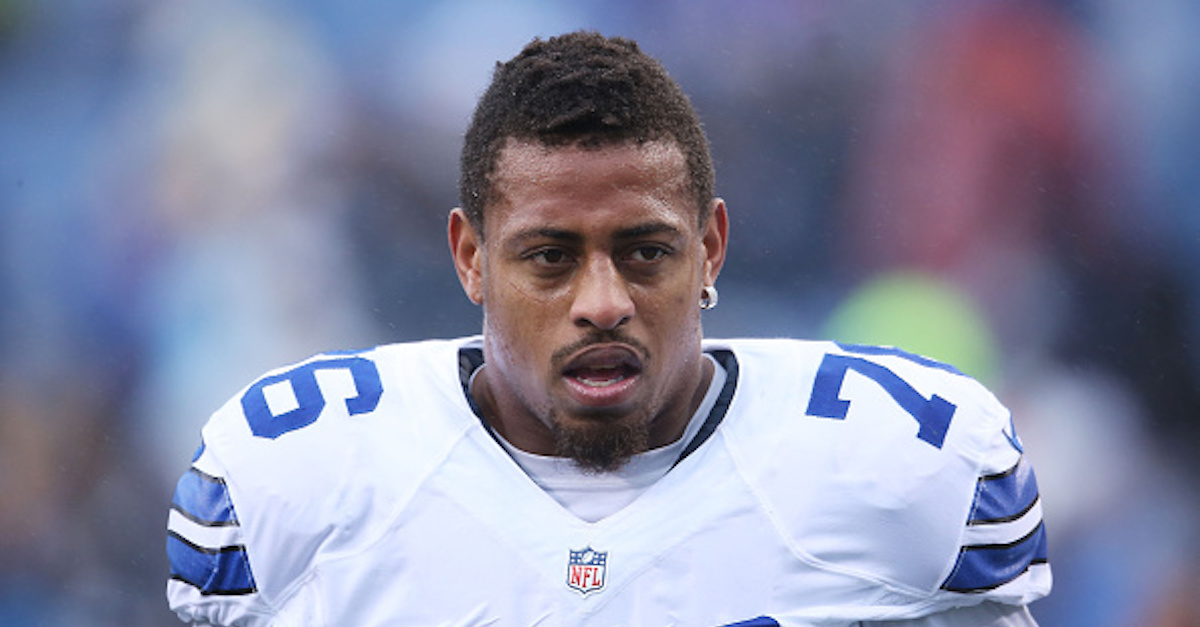 Greg Hardy played in the NFL for six seasons before being ostracized — and rightfully so — for a bevy of off the field issues – including domestic assault.

All-in-all Hardy was an extremely talented player, having made a Pro Bowl while notching two-straight 10-plus sack seasons with the Carolina Panthers, but he was never able to get himself in check off the field and he ultimately became more of a headache than what he was worth — especially for the Dallas Cowboys.

Hardy last played in the NFL in 2015, with the aforementioned Cowboys. Since then he’s been a relative unknown, but that was until he popped back on the radar as an MMA fighter.

The former NFL player is apparently now an MMA fighter, and he recently took part in a fight even called “Rise of a Warrior” in Florida, coming away victorious to start his professional fighting career with a knockout win.

Video of the fight can be seen below:

Here is Greg Hardy's debut. He is in the blue gloves. https://t.co/w3mIPtFwAY

As can be seen above, Hardy — after initially getting knocked around a bit — fought back out of a tough spot and ended up pummeling his opponent. In fact, he had to be restrained by the official, which knowing his background isn’t exactly surprising, is it?

All-in-all it was an impressive fight by Hardy, but he likely won’t be in a UFC ring anytime soon. Though who knows, perhaps Dana White would like the publicity.