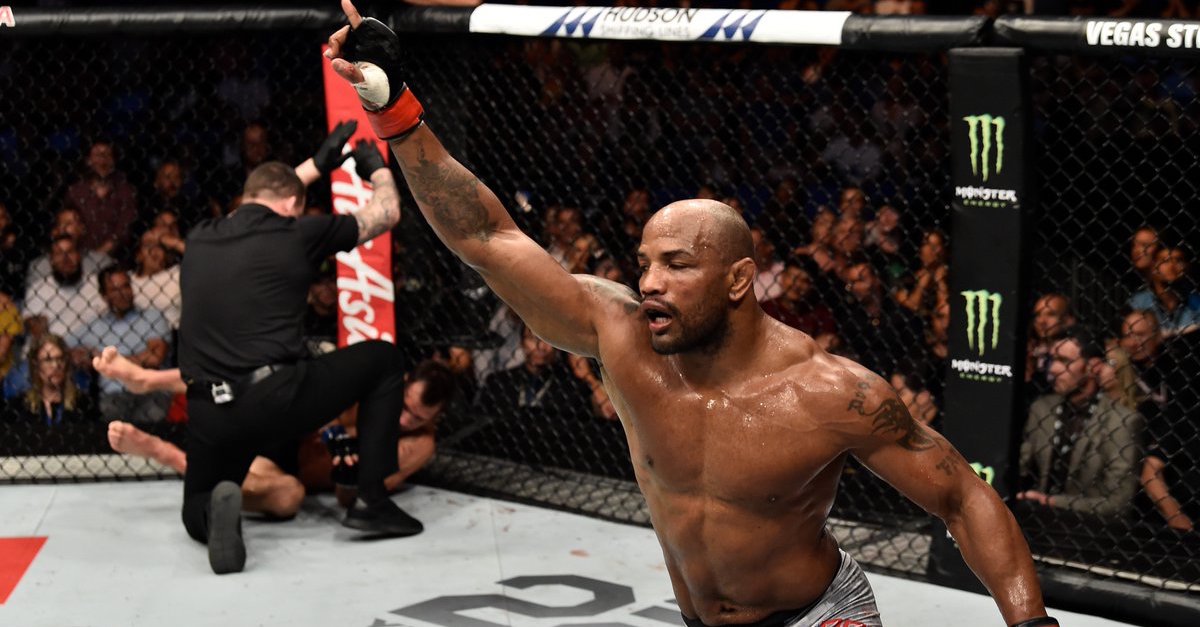 Yoel Romero (13-2) broke what appeared to be a pretty even fight wide open in the main event of UFC 221 Saturday night, knocking out former Middleweight champion Luke Rockhold (16-4).

Romero charges at Rockhold with punches across the Octagon! @YoelRomeroMMA coming out swinging in round 2! #UFC221 pic.twitter.com/J4w5kQpRvB

Rockhold landed at 185 even, while Romero weighed in at 187.7 pounds. Romero may have earned a date Whittaker, the man who defeated him to claim the title back in July.

Dana White, via text, on UFC 221: “Romero took this fight on short notice when Whittaker fell out and he didn’t get a full camp. I appreciate him stepping up and taking the fight. If wins he doesn’t get the belt, if Rockhold wins he’s the interim champ”

Per UFC official, Rockhold will receive 30 percent of Romero’s fight purse tonight for the weight miss. Romero still ineligible to win interim title, but Rockhold is.

He hasn’t fought since winning the belt.