Jimmie Johnson shifts the blame for crashes at Daytona 500 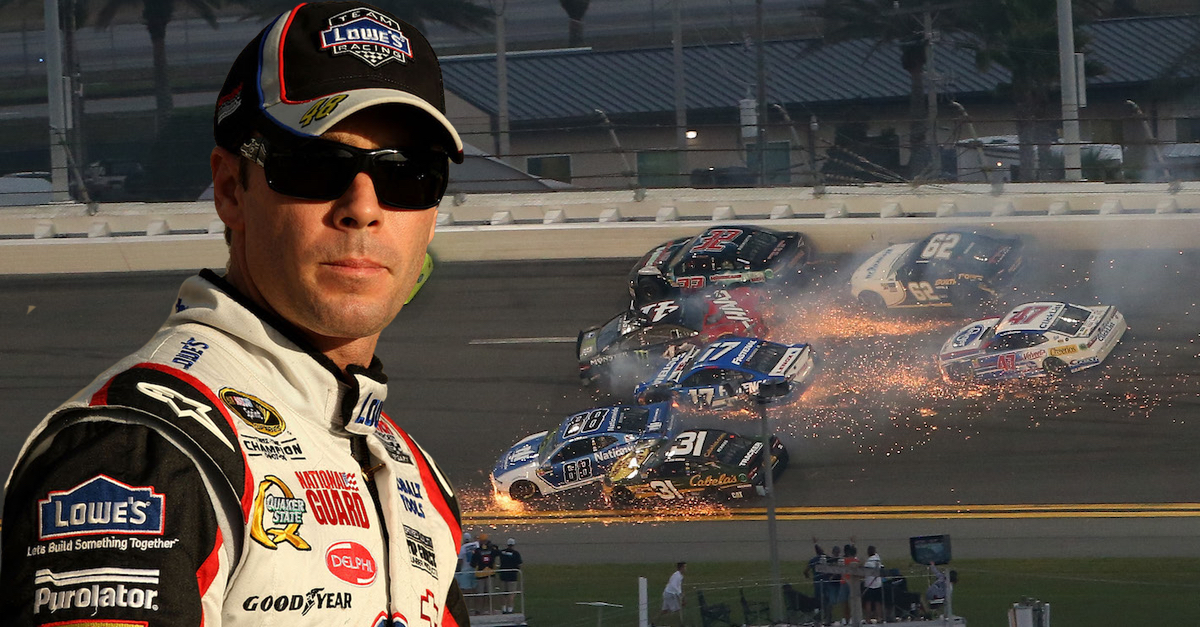 There were two massive crashes at Daytona that swept up several drivers in the field, and seven-time champion Jimmie Johnson was one of the many drivers eliminated during the wrecks.

Several young drivers were involved in the crashes, including Chase Elliott and Ryan Blaney, but Johnson said veteran drivers were just as much to blame because they’re usually more aggressive.

“In that instance, it looked like it [was down to younger drivers], but I’m not picking on the young guys by any stretch,” Johnson said via AutoSport.

“Veterans typically cause more problems out there, because we have more confidence and experience and usually create more issues than the young guys do.

“We are going way faster with this rear ride height rule.”

Johnson said some drivers were treating the end of stages like it was the end of the race, and they were trying to block drivers from passing them.

He thinks blocking at the end of stages led to unnecessary crashes during the race.

Most veteran drivers ? and even fans ? are quick to blame young drivers for causing big wrecks. So it’s interesting to hear Johnson’s perspective, and it makes sense because older drivers are more likely to be more aggressive.

Johnson will look for a better result this Sunday at the Folds of Honor QuikTrip 500 at Atlanta Motor Speedway.