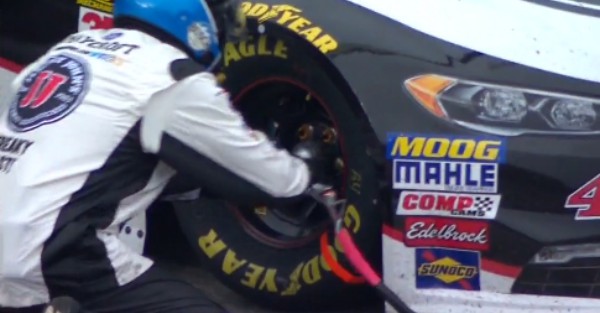 Kevin Harvick just won stage one in Atlanta and was about to be interviewed during the caution when he had to interrupt the interview.

He was getting word just then that something went wrong with their last pit stop. One of the NASCAR-issued pit guns failed, meaning the lug nuts on the front two wheels could be loose, so he had to come back in to make sure they were tightened properly for safety.

After winning the stage, Harvick Restarted 19th because of the extra stop. Considering the spec pit guns were supposed to put everyone on an even playing field, a failure that cost a contender 18 positions is not a good look. NASCAR might need to look into the issue to see if the guns given to teams have an issue, or if this was a freak occurrence.