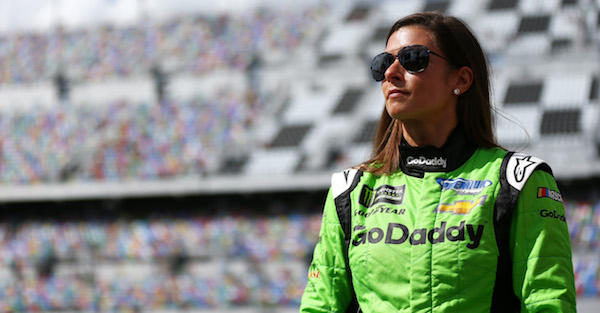 At the beginning of each NASCAR race, an honorary guest prepares each driver in the field with the same command:

At the Daytona 500, Dale Earnhardt Jr. served as the grand marshal and started the race by giving the command.

Related: Here?s how Danica Patrick?s NASCAR career came to an end at Daytona

Notice anything different? Instead of drivers, he said, “Gentlemen, start your engines.”

It’s a subtle difference, but some NASCAR fans noticed the change when Danica Patrick entered NASCAR in 2012.

NASCAR fans at Reddit wondered if the sport would go back to “gentlemen” instead of “drivers” now that Patrick has retired from NASCAR.

It’s possible it could be up to whoever serves as the grand marshal. At the end of the day, it doesn’t matter much and doesn’t impact the race, and it’s not like there’s a mandate from NASCAR on what to say.

They’d probably prefer that no one do it the way James Franco did when he said “Drivers… and Danica.”