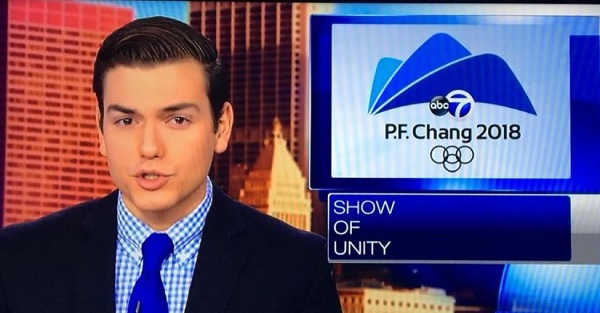 The 2018 Winter Olympics are currently underway in PyeongChang, South Korea.

PyeongChang: not to be confused with restaurant chain P.F. Chang’s. While that may seem obvious, apparently some sort snafu led to ABC 7 in Chicago posting an Olympics graphic under the moniker of “P.F. Chang 2018”.

Yeah, that is not ideal there.

According to the Chicago Tribune, the graphic was called a “mix-up”… which would only make sense if the P.F. Chang’s logo there didn’t also have a knockoff Olympic rings set up in there. Why did ABC 7 possess this graphic in the first place?

The news station has since apologized for the error.