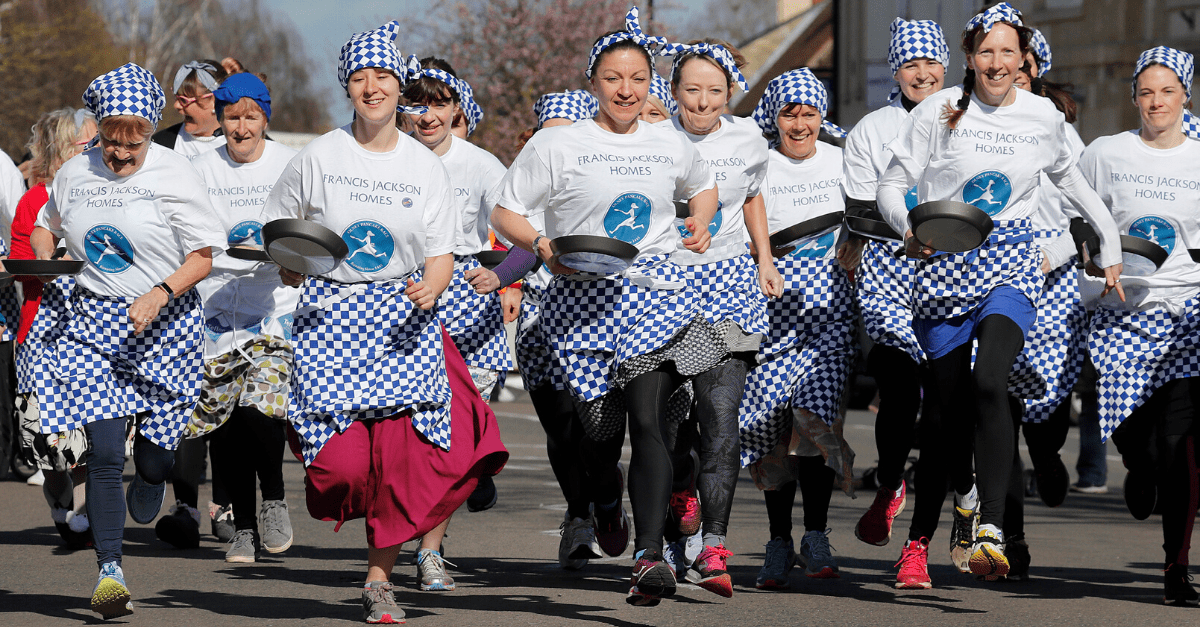 LIBERAL, Kan. (AP) — An Englishwoman barely squeaked out a victory over a competitor across the pond in Kansas in Tuesday’s annual pancake race between their British and American hometowns.

Katie Godor, from Olney, in Buckinghamshire, ran the 71st International Pancake Day race with a time of 1:06 seconds. That just beat the time of Whitney Hay, a student at Seward County Community College, who won the Liberal, Kansas, leg of the race in 1.09 seconds.

Women in the event must run a 415-yard (380 meter) race while carrying a pancake in a frying pan and flipping it at the beginning and end.

For the residents of Liberal, Kansas and Olney, Buckinghamshire, England, it’s a big day. Each year the communities compete against each other and hold a race to determine the fastest runner who can also flip pancakes. Last year Liberal won the race. #kansashistory pic.twitter.com/kcn4uioEQ3

Katie Godor, from Olney, in Buckinghamshire, ran the 71st International Pancake Day race with a time of 1:06 seconds. https://t.co/T7jqPybAqc

The race began in Olney in the 15th century. Liberal challenged Olney to an international competition in 1950.

The event expanded this year in Liberal to a four-day event, that includes pancake eating and flipping contests, a parade and a carnival. Other events include a 5K fun run, races for all ages, and a shriving service, which is the religious component of the holiday, according to race organizers.