‘No Pass, No Play’ Will Forever Be Part of Ross Perot’s Texas Legacy 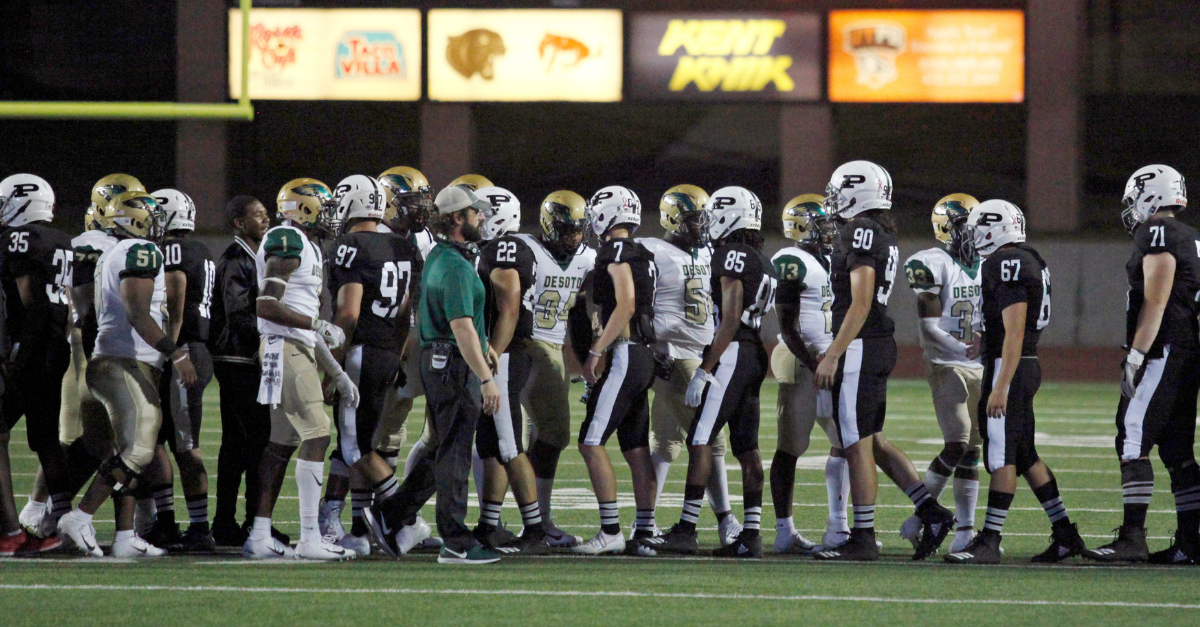 The law, with its catchy “No Pass, No Play” nickname, has been in place since 1984. When first signed by Gov. Mark White, coaches and communities worried their best players, most notably in football, would be sidelined and troubled students would drop out of school.

The resulting firestorm helped lead to White’s re-election defeat in 1986. Although softened a bit to help students get back on the field quicker if their grades improve, the law is still in place.

Perot, who died Tuesday of leukemia at 89, was appointed by White in 1983 to lead an initiative to improve Texas public education. The result was a series of proposals to reduce class size and to create both teacher merit pay raises and a high school basic skills graduation test.

But in the land of “Friday Night Lights,” where coaches were often paid more than principals, and the excesses of high school football saw some wealthy schools charter airliners to state championship games, it was No Pass, No Play that sparked an uproar.

Failing students had to sit out for six weeks. Not just games, but practice too. Until then, local schools decided eligibility and the Texas law was hailed as the first of its kind in the nation.

“If the people of Texas want Friday night entertainment instead of education, let’s find out about it,” Perot said at one public hearing.

The impact was immediate. The first semester it was in place, more than 15 percent of all varsity football players and 40 percent of all junior varsity and freshman players statewide were benched. One Houston school lost 90 out of 190 players.

Charles Breithaupt, executive director of the University Interscholastic League, the governing body of Texas high school sports, was a basketball coach in 1984. He said coaches resented the diminutive big city businessman with the quirky voice telling them what to do.

“They looked at him as an affront. We were all offended. We were trying to protect our turf,” Breithaupt said. “What was lost was that his message was ‘school is first.’ He was one of the few people who had the courage to say what he said. No one else would have gone against the coaches association.”

D.W. Rutledge, who had just been promoted to head coach at a state championship program near San Antonio, said while some coaches worried about winning and losing, others didn’t want struggling students booted out of their programs entirely.

“I lost a couple,” said Rutledge, who would go on to win four state titles. “They dropped out of the program, dropped out of school and got in trouble with the law. We were taking them out of a wholesome environment and putting them on the street.”

Legal challenges followed. A lawsuit to overturn No Pass, No Play reached the state Supreme Court in 1985 and the law was upheld. The next year, the state’s influential coaching community mobilized to support Republican Bill Clements in a successful bid to unseat White.

“It was heated,” Rutledge said. “We had a deal where every coach wore a red dot on their watch to remind them not to vote for White.”

This is my favorite Ross Perot moment. In response to the criticism that he shouldn't be POTUS because didn't have any experience, Perot said this: pic.twitter.com/RnLy6rnfwD

White implored lawmakers to leave No Pass, No Play intact when he left office.

“Leave it alone,” White said in 1987. “Let’s be real: Anyone who can study a playbook can study a textbook. Americans didn’t get to the moon on a quarterback sneak.”

Within a decade, lawmakers reduced the law’s punitive measures. Failing students are allowed to practice even if they are suspended from competition. And they can return in three weeks instead of six if they show progress academically.

“Perot, his heart was in the right place,” Breithaupt said. “He was trying to raise the standard of education in the state … It was best for Texas in the long run.”