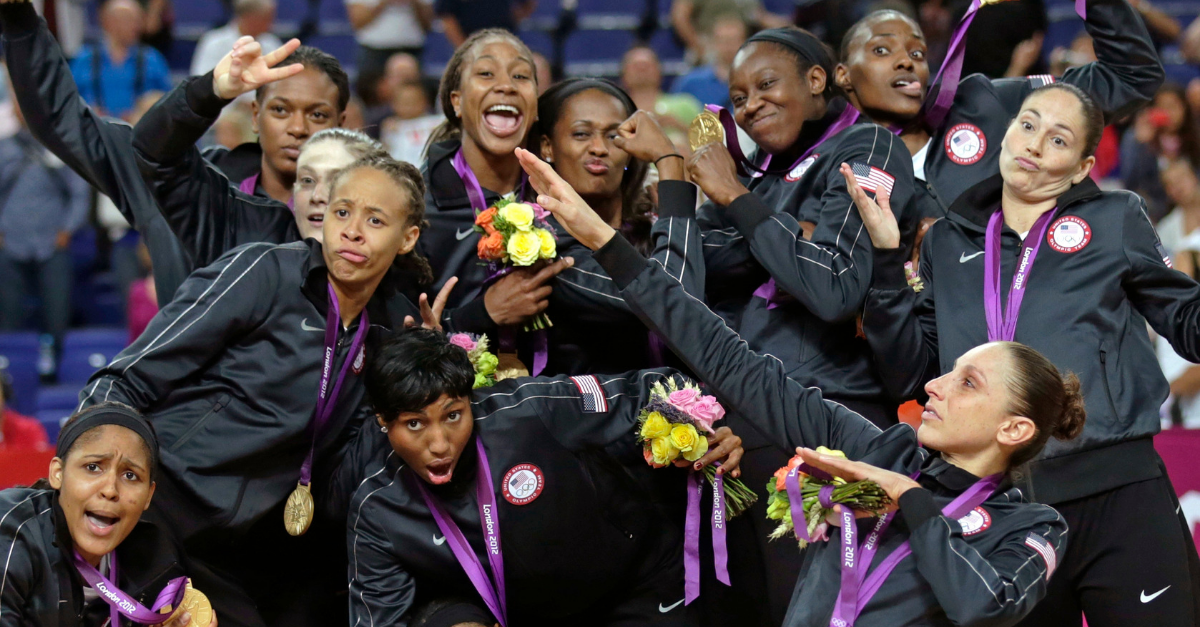 The four-time Olympic gold medalists came up with an idea for a training plan for USA Basketball leading up to next year’s Tokyo Olympics that would help the Americans go for an unprecedented seventh consecutive title: USA Basketball, which usually trains together only for short periods of time during a crowded calendar, would get a core group of eight players together for five training sessions over the next year. The players would be paid $2,000 a day at each of the training camps and games leading up to the Olympics, with the chance to also earn bonuses.

“I think as you get closer to the end of your time, you understand you can 100% have an impact as a player. Go out there and move the needle on the court with your play and winning, but there are other ways that I would like to have an impact and one would be this,” Bird said. “Getting paid gives players, who want the option, to stay at home and not go overseas in the winter.”

That's it. That's what we're going to do. pic.twitter.com/2fPF04DWOI

Joining Bird and Taurasi for the training segments as part of the core group are Sylvia Fowles, Elena Delle Donne, Nneka Ogwumike, A’ja Wilson, Skylar Diggins-Smith and Chelsea Gray. The U.S. will also have a fluid group of players from the national team training pool join the core group.

Many of the U.S. players, including Bird and Taurasi, have played in the winter overseas, where they have been paid potentially 10 times their WNBA salaries. Finding time to train with USA Basketball has been difficult because of the overseas schedules and the WNBA schedule. If the players are paid by USA Basketball, they have more of a reason to stay here.

They can earn roughly $100,000 for participating in all the training sessions.

“It’s legitimate, they knew they had to do it that way,” said Ogwumike, who has played in Russia and China in the winter. “That investment is what the players want. It’s quite amazing to afford that type of opportunity. Not just the investment in us, but the strategic nature of hitting different markets. We’ll have traveling tournaments.

“I was in a moment where I played a half-season in China. Don’t know if I can go overseas again. I have so much available to me here, it would benefit me not to go overseas. For them to put that investment in, that’s huge.”

It's not about preserving the legacy, it's about building on to it. More milestones coming, right @S10Bird?

The U.S. will get together in late September for the FIBA America’s Cup. The Americans will then get together in November and February to train and play in FIBA Olympic qualifying tournaments. The U.S. already has qualified for the Tokyo Games by winning the World Cup last fall. The Americans will also play exhibition games against college teams to train in the fall and winter.

“Our three priorities are to train and prepare for the Olympics, amplify the profile of the women’s national team and raise the profile of women’s basketball as a whole by using the best players in the world,” USA Basketball CEO Jim Tooley told The Associated Press. “Besides training they’ll be auxiliary events around our training. We’ll do some clinics for Boys & Girls clubs to spread the gospel of the women’s national team.”

Tooley said the training idea is a smaller version of what the U.S. did in 1995-96 that kicked off its run of success.

“That’s when our amazing run started,” he said. “It’s like bookends almost.”