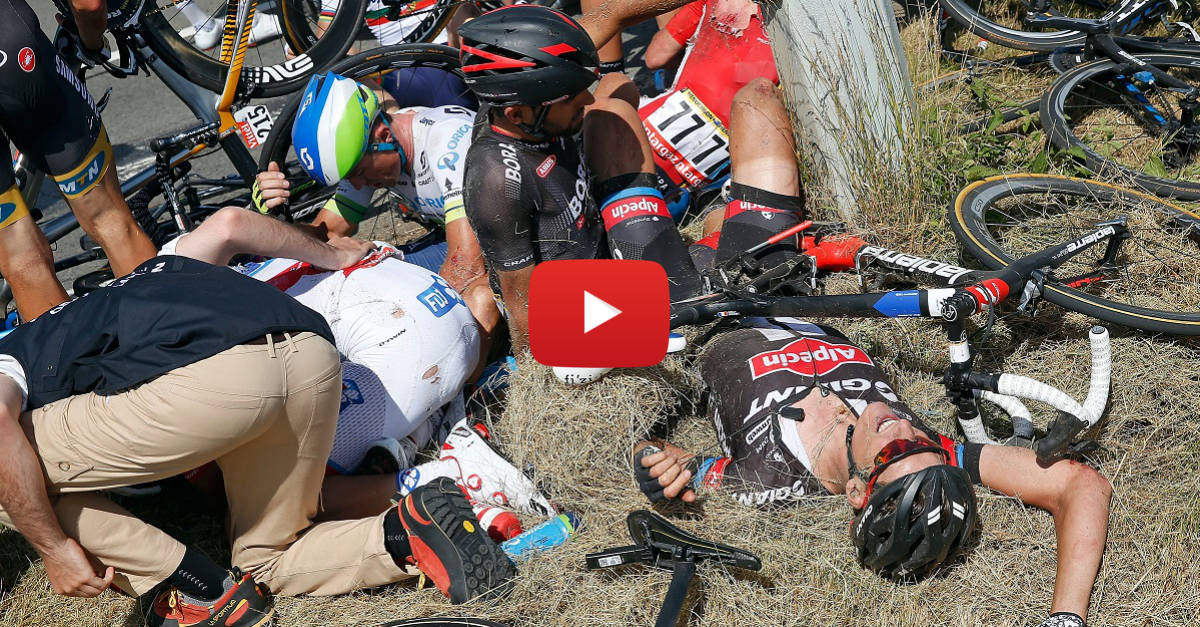 A lot of cyclists had a bad day on Monday for Stage Three of the Tour de France.

With under 40 miles to go in the Stage, a huge pile up of at least 20 riders occurred, causing the race to come to a complete stop to tend to those involved. Among those involved was the race leader, Fabian Cancellara, who would finish the Stage, but later withdrew from the race due to a fractured vertebrae.

According to Yahoo! Sports, Cancellara was not the only rider involved that finished the Stage despite suffering a major injury.

Daryl Impey (Orica-GreenEdge) completed the stage but later withdrew after X-rays showed the South African had fractured a collarbone. Dutchman Laurens ten Dam (LottoNL-Jumbo) dislocated a shoulder but continued after popping it back in.

However, some riders were not able to continue after the crash, including William Bonnet who is pictured below.

Spain’s Joaquim Rodriguez would go on to win the Stage in a heavily contested finish. The United Kingdom’s Christopher Froome took over the overall lead and the yellow jersey after Cancellara withdrew.