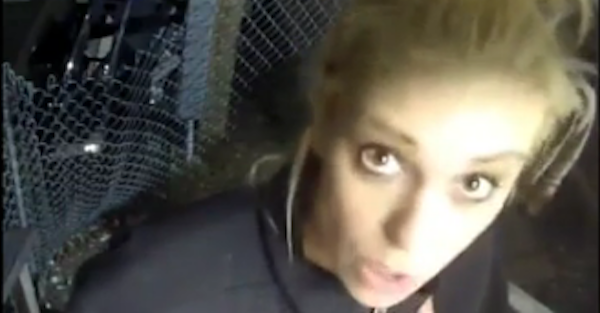 ESPN’s Jemele Hill went on quite a tirade the other day about President Donald Trump, going as far as to call him a white supremacist, and obviously, the backlash to her comments have been pretty severe.

In fact, ESPN apologized for what she said, saying that they’ve addressed the situation with her and she recognizes that what she said in the public medium was inappropriate. Like it or not, she does represent the network.

The apology seems to be the end of the discussion for ESPN as it pertains to Hill, but one former ESPN host, Britt McHenry, seems to think that the network would have responded differently if she had said what Hill did on Twitter.

McHenry was laid off from ESPN this past spring, but she believes that had she even “favorited” a Tweet that wasn’t complimentary to former President Barack Obama, she would have been cut from the company.

If I favorited a tweet that wasn't favorable towards President Obama I would get reprimanded. Can't call the President a White Supremacist.

If I said anything of equivalency to Obama, I would have been gone much sooner than I was. https://t.co/PBt0SyefWh

If I favorited a tweet that wasn’t favorable towards President Obama I would get reprimanded. Can’t call the President a White Supremacist.

If I said anything of equivalency to Obama, I would have been gone much sooner than I was.

ESPN hasn’t hesitated to cut ties with major stars because their views didn’t align. In fact, Bill Simmons was one of the biggest stars the network has had recently, and even he was let go for not falling in line with the company.

It is worth noting that this is largely Hill’s first major controversy, so perhaps the four letter network operates on some kind of strikes system.

Either way, McHenry’s point is an interesting one, and she’s probably not the only former ESPN employee who feels that way.