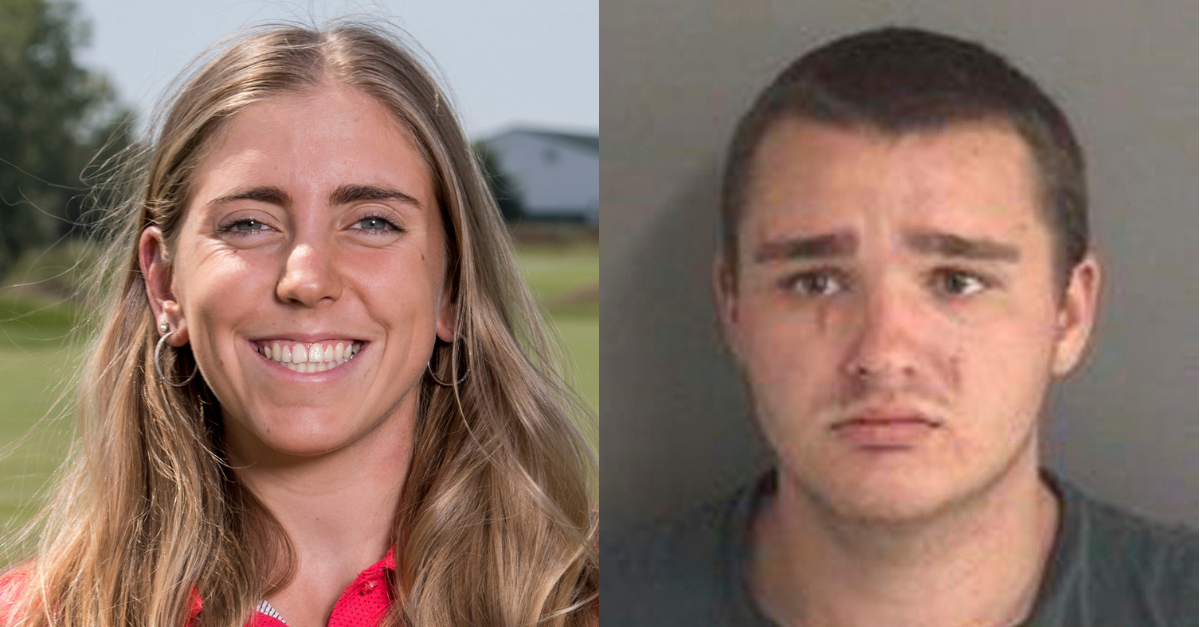 Celia Barquin Arozamena was well on her way to being one of the next big stars in women?s golf. An early-morning round at Coldwater Golf Links seemed to be just another part of the process. Then, in what authorities believe was a ?random act of violence,? someone ended her life last September.

Collin Daniel Richards, a 22-year-old man with no known address, who authorities believe to be homeless, was arrested and has been charged with first-degree murder in the death of Barquin Arozamena, a Puente San Miguel, Spain native and Iowa State University student. He remained in jail on a $5 million, cash-only bond after briefly appearing at the Story County Courthouse in Nevada, Iowa.

The body of Barquin Arozamena was found in a pond at the golf course in Ames, Iowa, where Iowa State is located, and just 30 miles north of Des Moines, according to several reports. Ames police said in a criminal complaint that she suffered ?several stab wounds to the upper torso, head and neck.?

“Celia had an infectious smile, a bubbly personality and anyone fortunate enough to know her was blessed. Our Cyclone family mourns the tragic loss of Celia, a spectacular student-athlete and ISU ambassador.” – ISU Athletics Director Jamie Pollard

Tragic is an understatement. It is also the second fatal stabbing of a female student in Iowa in recent months, according to the Associated Press. University of Iowa student Mollie Tibbetts vanished while out for a run near her home in Brooklyn, Iowa before her body was discovered over one month later.

“Celia had an infectious smile, a bubbly personality and anyone fortunate enough to know her was blessed. Our Cyclone family mourns the tragic loss of Celia, a spectacular student-athlete and ISU ambassador.? ? Iowa State Director of Athletics Jamie Pollard

The 22-year-old Celia Barquin Arozamena, a member of the Iowa State Cyclones women?s golf team from 2014-18, won the 2018 Big 12 Championship and was tabbed as the Iowa State Female Athlete of the Year. She won the 2018 European Ladies Amateur Championship, where she set a course record of 63 at Penati Golf Course in Slovakia during the third round, and competed in the 2018 U.S. Women?s Open, where she missed the cut.

The former Iowa State golfer was finishing up her civil engineering degree at Iowa State after her golfing eligibility ended with her fourth-straight NCAA Regional appearance and third All-Big 12 Team honors during the 2017-18 season.

WATCH – Moment of silence for #CeliaBarquín Arozamena in her hometown in #Spain. They’ve declared 3 days of official mourning after her passing. Celia was a star on the @CycloneWGOLF team. Today her family and friends are remembering her https://t.co/R2tCjCfrUS @weareiowa5news pic.twitter.com/VYOT2YHoEd

“This is a tragic and senseless loss of a talented young woman and an acclaimed student athlete,” Iowa State University President Dr. Wendy Wintersteen said in a statement. “We mourn with her family and friends in Spain, her teammates here and all who knew her. On behalf of the entire Cyclone family, I extend our deep condolences to Celia’s family and her many friends and teammates at Iowa State. We are deeply saddened.?

“We are all devastated,” ISU head women’s golf coach Christie Martens added. “Celia was a beautiful person who was loved by all her teammates and friends. She loved Iowa State and was an outstanding representative for our school. We will never forget her competitive drive to be the best and her passion for life.”

The LPGA is deeply saddened to learn the terrible news about Celia Barquin Arozamena. Our thoughts and prayers are with her family, friends and the entire Iowa State community as they mourn her tragic passing. https://t.co/kIwqCuV4Ik

According to the Associated Press, a police dog tracked Barquin Arozamena?s scent to a homeless encampment along a creek near the golf course, where Richards, the suspect, had been living in a tent. The complaint also said officers found Richards with several scratches on his face consistent with fighting and a deep cut to his left hand.

In an interview with investigators, an acquaintance of Richards told authorities that when he and Richards were recently walking on a trail near the golf course that Richards ?had made a statement to the effect of having an urge to rape and kill a woman,? according to the complaint via the Des Moines Register.

Reporter: Was there any relationship at all between the victim (Celia Barquin Arozamena) and the suspect (Collin Daniel Richards)?

If convicted, Richards will face life in prison without the the possibility of parole, per the Des Moines Register. Richards? preliminary hearing is set for September 28.

Celia Barquin Arozamena was well on her way to becoming a big star, especially after she reached Stage II of the LPGA Q-School. Then her life was senselessly taken.

UPDATE: After pleading guilty to first-degree murder, Collin Richards was sentenced to life in prison without the possibility of parole. Richards stated in a hand-written letter that he was sorry for “stripping a life from society … worse, from a loving family.”

Family lawyer Leon Vidaller told The Des Moines Register “they don’t give too much credit to that apology at this time.”

This article was originally published on September 18, 2018.