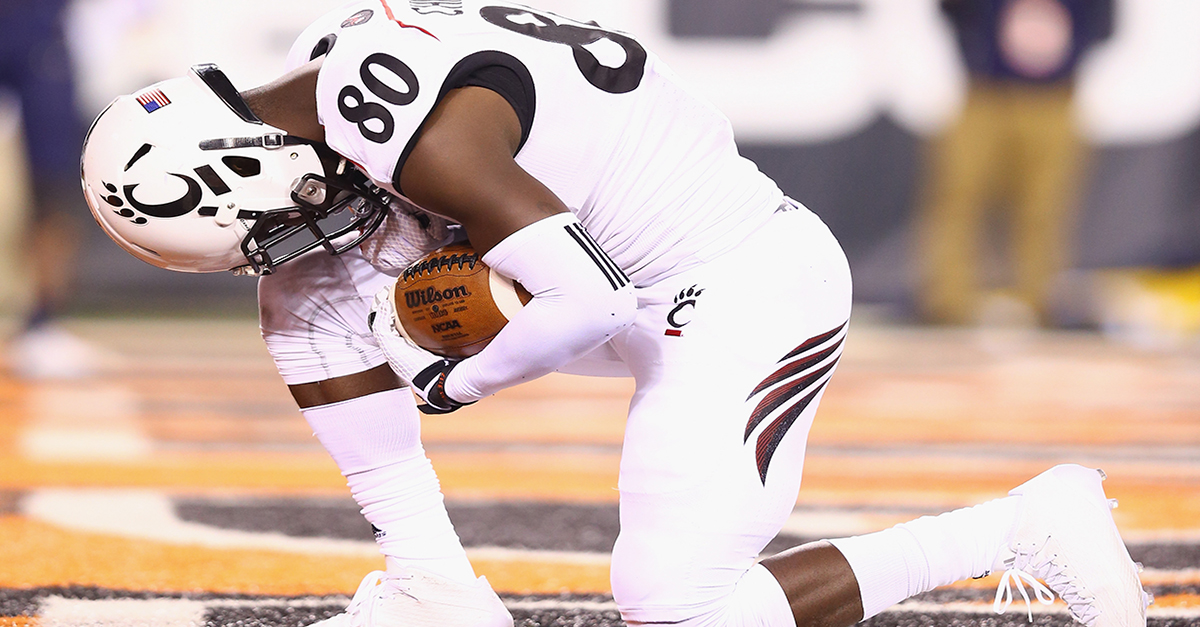 Police said a motorcycle was southbound on Vine when a sport utility vehicle going west on Forest turned north on Vine, then left across the southbound lanes into a parking lot in the path of the motorcycle.

This is the second Cincinnati player to be killed in a car accident in almost exactly a year, as offensive lineman Ben Flick died in an accident last September. Some of Chamoda’s teammates remarked on his passing and sent their condolences to his family on Twitter.

UC Lost a brother and Teammate last year. Another teammate goes way too soon. Please keep him and his family in your prayers … RIP Chamoda

Rest in peace to my brother @B_2_raw were gonna miss you man. Watch over us this weekend.

Almost a year to date we lose another brother.. The Palmore family is in my thoughts and prayers. Playing Saturday for Chamoda #ChamodaUC

The Bearcats will travel to Columbus this weekend to face Ohio State, and will certainly do so with heavy hearts. Our thoughts and prayers go out to Kennedy-Palmore’s family and friends.