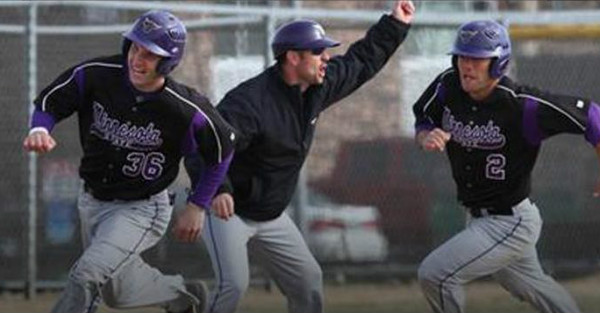 Baseball complainers usually say the game lacks offense and it’s just too slow to be enjoyable. Well, two college baseball programs shut those people up on Saturday. Division II Minnesota State beat Bemidji State by a score of 41-20. Let me remind you, THIS IS BASEBALL.

The game broke the record for most combined hits in a Division II game with a total of 56. Remarkably enough, the 61 runs was not a record breaker. It’s now the second-most runs scored in a D2 game. St. Francis (Ill.) and Robert Morris (Ill.) scored 71 in a 1996 game.

Here are some statistics for the game:

In the past three years, my alma mater, the University of Florida, has scored at least 41 points only three times in football. Meanwhile, Minnesota State is scoring 41 in a damn baseball game.

Here is the box score of this ridiculous game.