Dierks Bentley Saw Something Behind Peyton Manning in This Photo. Do You? 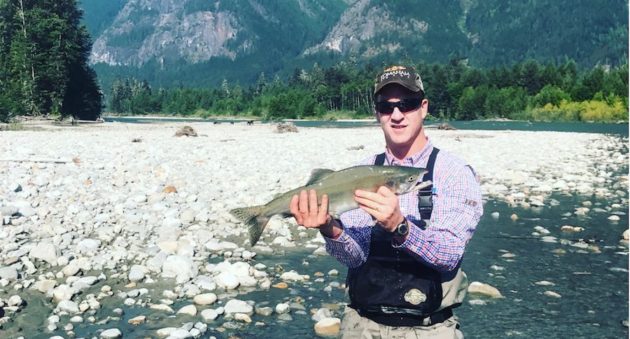 Look closely at this photo of Peyton Manning. Yes, it?s cool that he?s fishing?in an awesome stream between mountains. And that he caught a nice-looking salmon. But that?s not what we?re talking about. There?s something else in the picture.

Country music star Dierks Bentley saw it when the two were fishing a few days ago, and he took to Instagram to point it out.

Still can?t tell? How about if we blow up what?s going on behind Peyton Manning a bit…

Yep, that?s a mother bear and her three cubs. And they?re not too far away from the retired NFL superstar quarterback.

Especially when he?s holding what most bears consider might fine eating.

Or maybe the bears were just looking for an autograph. It?s not too often you see Peyton Manning and Dierks Bentley fishing together, right?

Or maybe you do see them fishing together a lot. Maybe the bears saw who it was and said, ?Not those two again.?

NEXT: FIREFIGHTERS USE SHOTGUN AGAINST FLAMES? SERIOUSLY

About the author:
Wide Open Spaces is the premier online destination for all things hunting, fishing, shooting, and outdoors, providing content and community engagement to an audience of sportsmen and women who share their passion. Founded in 2011, Wide Open Spaces is the first hunting and fishing site that is optimized for social ...Read more
View More Articles