Dunkirk is one of the most anticipated movies in 2017, and the first trailer looks awesome 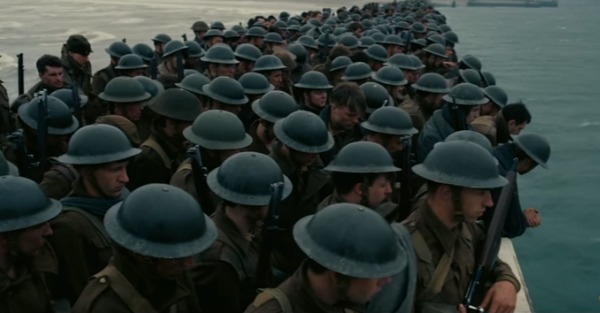 The release of another World War II movie might not be all that exciting on its own, but the film Dunkirk comes from celebrated filmmaker Christopher Nolan, and its first trailer looks amazing.

The Dark Knight trilogy, Inception, Interstellar, and Memento are just a few of the works Nolan’s famous for and if you’ve seen any of those, Dunkirk will surely seem like a departure. But it should also offer something different considering Nolan is known to infuse his films with a bit of indie darkness.

Details are sparse, but the film tells the nightmarish story of the evacuation of Allied soldiers from the beaches of Dunkirk, France in 1940. Some 330,000 soldiers were rescued from Nazi-occupied France in that period, but over 70,000 lost their lives to enemy troops.

It’s set to be released in July 2017. Here’s the official synopsis:

Dunkirk opens as hundreds of thousands of British and Allied troops are surrounded by enemy forces. Trapped on the beach with their backs to the sea they face an impossible situation as the enemy closes in.