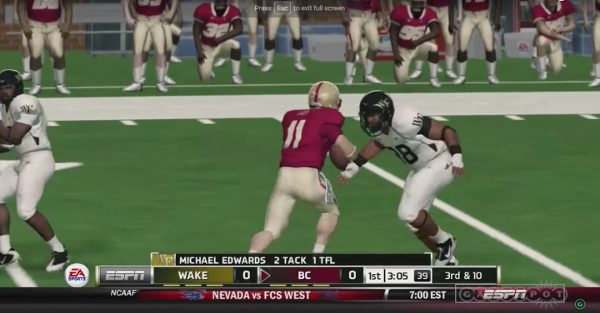 EA Sports discontinued the very popular NCAA Football franchise after their 2014 installment, as the result of a lawsuit filed by former players for using their likeness without compensation. But at least one EA Sports staffer thinks it could be on its way back.

EA?s Chief Competition Officer, Peter Moore, said in an interview with IGN that he thinks the series will eventually make its return.

?What happened is ?NCAA Football? became the lightning rod for bigger issues regarding college athletes getting paid for their performances, not only in football, but all college sports,? Moore said.

EA reached a settlement that paid a median $1,000 to every player who has appeared in the yearly releases (including the NCAA March Madness franchise), per ESPN’s Darren Rovell.

A game clearly isn’t in production at the moment, and there has been “no traction” on moving toward that process, according to Rovell.

Rovell points out the difficulties in bringing the game back all relate to the previous lawsuit and how much compensation will be paid to the student athletes and schools trying to protect themselves from future lawsuits.

We can hope, right?