Stephen A. Smith takes a strong stance on ESPN’s battle with Donald Trump 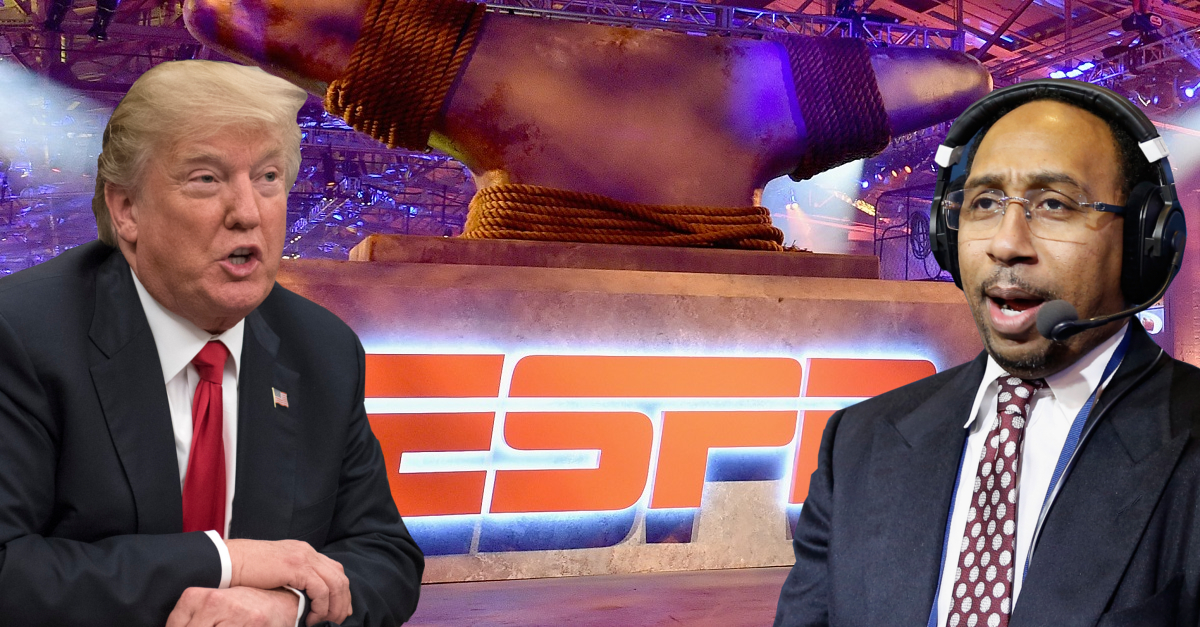 ESPN has had a lot of coverage of President Donald Trump over the past year, some of which has been to the dismay of the viewers. Trump’s own war of words with the NFL has forced ESPN’s hand on the matter, but at least one prominent employee believes that some of his colleagues might be doing too much to incite such a war.

In an interview with the Sporting News, Stephen A. Smith addressed how the network has been approaching coverage of Trump. Smith said that ESPN does have some obligation to cover what the President says and does, but that ESPN may sometimes be “stepping out of our lane” with the coverage, and that “we are a sports network”.

SN: You guys like to play hardball, so how do you feel about President Trump ripping ESPN, Jemele Hill and protesting NFL players??

SAS: Do I believe the President should be wasting his time commenting about stuff like that? No. Do I believe the President has been a bit juvenile in his behavior? Yes he has. Having said that, it?s one thing to attack what he does, it?s an entirely different matter to attack him. When you attack him, then we are stepping out of our lane. We are a sports network. We have an obligation to wake up every day with the mindset that we not only speak for ourselves but we speak on behalf of the brand. It is not a brand that we own. It is a brand that employs us. It has entrusted us to represent it just as much as we care about representing ourselves. So with that in mind, we have to be cognizant of all those things.

Yes, the President is going to say what he has to say. Yes, he?s going to venture in our lane to the point where it?s apropos for us to respond. But we also need to be cognizant of the fact it?s incumbent upon us to leave it there and not extend beyond that point. We?re a sports network.

The comments come as ESPN analyst and Sportscenter host Jemele Hill has engaged in multiple Twitter posts condemning Trump, the most controversial of which proved to be Hill calling Trump a “white supremacist”.

Hill was later suspended for what ESPN called a “second violation of social media policy” for comments unrelated to the white supremacist remark.

As for Smith’s comments, they may ring true as many have their own internal debates over the role politics plays in sports, and how much the two could and should crossover. For those that have perhaps seen too much coverage of politics during what they may consider their personal time away from everything, Smith’s words probably ring true: “We’re a sports network”.

For others who believe that sports are just another medium where politics can play out, Smith’s comments may off the wrong way, although it appears Smith tries to assuage those feelings by saying that ESPN still has some right to cover what the President does.

That all said, Smith has been position as one of ESPN’s top television personalities over the past few years, and his comments may be a way for ESPN to try and distance themselves from the current heated political situation.