Remembering when this ESPN reporter was suspended for this nasty rant 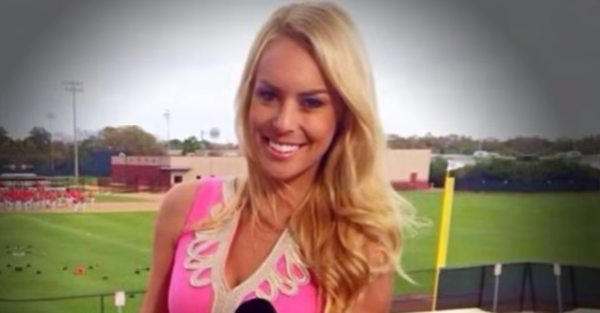 Today, Fox Sports fired sideline reporter Emily Austen after she made insensitive and stereotypical remarks that poked fun at Mexicans, the Chinese and Jews.

Last year, EPSN’s Britt McHenry made news when she went on this diva-like tirade against a poor parking lot attendant. ESPN resisted calls to fire McHenry for her behavior and instead suspended her for a week.

Update from ESPN: Britt McHenry has been suspended for 1 week effectively immediately.

McHenry apologized for her actions.

In an intense and stressful moment, I allowed my emotions to get the best of me and said some insulting and (cont) http://t.co/Wx37XF2QtM

McHenry one of the rising stars at the four-letter network, had a temper tantrum and made fun of the parking lot attendant’s appearance by telling her to lose weight, proclaims she is better than the attendant because she’s on TV and makes fun of her education level.

She asks the parking attendant, “Do you feel good about your job? So I could be a college dropout and do the same thing?” She continues, “maybe if I was missing some teeth they’d hire me, huh?” McHenry knows she is being filmed, too, because she looks at the surveillance camera.

Before she leaves the argument, McHenry tells the attendant “lose some weight baby girl.”

Those cases are nowhere near as trashy as this. I’m curious to see ESPN’s response.