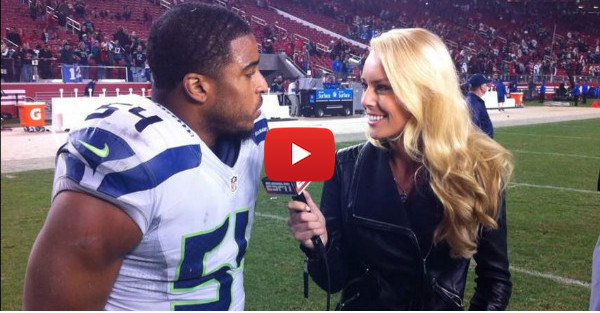 After a brutal tirade against a tow lot employee, arguably the most hated sports reporter in America returns to work today. Britt McHenry will assume her regular duties of her job, which include covering the NFL. She’ll be in St. Louis for the NFL draft covering the Rams.

McHenry will make an appearance on SportsCenter this weekend. I would not be surprised if she makes an on-air apology because her reputation is ruined. ESPN senior coordinating producer Seth Markham knows McHenry has a long way to go to build up her trust with the public.

?I think she is just really anxious to get back to work,? ESPN senior coordinating producer Seth Markman told SI.

?We had a conversation where we both talked about that it would take time and it will be hard. ? She realizes she will have to do her job really well and hopefully win back some of the trust of our viewers. We expect that from her, and I expect that from her. She did a great job for us on the NFL last year in some difficult situations, and I have seen nothing that doesn?t make me think she will rebound from this. But she knows the first couple of assignments out of the box will not be easy.?

Pressure to fire McHenry grew rapidly as an online petition has been signed by over 16,000 people, but ESPN doesn’t think she should be fired over her actions. In her temper tantrum, McHenry made fun of the employee?s appearance, her education level and pretty much said she?s better than the tow lot employee because she?s on the news.

It will be interesting to see how the public reacts to her return to television screens.