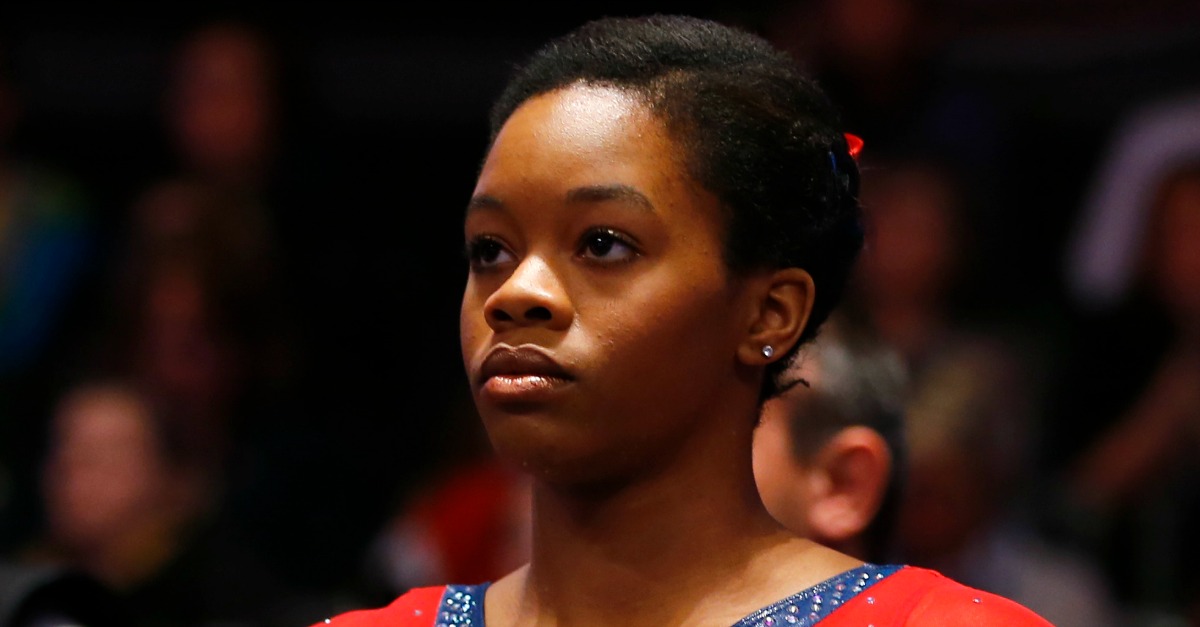 Olympic gold medalist Gabrielle Douglas has faced her share of critics since the 2012 Olympics. Back then, it was her hair’s texture and appearance that had some social media commenters wondering why she didn?t ?do? her hair before competing for the U.S. in gymnastics.

"@misDOScentavos: on another note, gabby douglas gotta do something with this hair! these clips and this brown gel residue aint it!"

Lmaooo! "@thats_MYYlane: Gabby Douglas need to tame the beady beads in the back of her hair lol"

Douglas has faced more criticism during the 2016 Olympics in Rio de Janeiro, Brazil, as some have brought up her hair once again. She?s faced other critiques as well. When Douglas did not place her hand over hear heart during the National Anthem for the team?s gold medal ceremony, Twitter erupted, even though there?s no rule that you must do that.

So disgusted by #GabbyDouglas blatant disrespect for her country on the OLYMPIC podium. Hand over your heart or get off the stage.

Why was Gabby Douglas the only girl on the team without her hand over her heart while the national anthem played? Oooookay……

Social media slammed Douglas again when she was shown in the stands applauding teammates Simone Biles and Aly Raisman during the all-around competition, while her other teammates were shown giving standing ovations. She was even given the nickname, ?Crabby Gabby.?

Both Raisman and Biles have told the press that Douglas was a supportive cheerleader for them during the Games. Still, that didn?t stop the onslaught of negative comments.

Why is Gabby Douglas so salty 😂 pic.twitter.com/bqYuNsPvh5

All of the criticism finally came to a head for Douglas on Sunday, after she finished her final routine of these Olympics and possibly her Olympic career.

Tears began to form in Douglas? eyes when a reporter asked her about the comments she?s received.

Douglas apologized to anyone she offended by standing at attention during the anthem, rather than placing her hand over her heart as her teammates did.

“I’ve always said it was an honor to represent the U.S. You always do this for your country, and then, like people say, for yourself and other people,” Douglas added.

After Douglas finished her comments, ESPN reports she walked down the hall, stood in a corner and cried.

A woman reportedly walked over and gave Douglas a tissue and tried to console her.

Douglas? mother said her daughter has been bullied by the online comments.

“What I saw in the stands,” Douglas? mother, Natalie Hawkins said, “was someone who was hurting, and she was also angry. What was going through her head was, ‘I’m being attacked for everything I do, so I might as well not do anything. Because no matter what I do, I am being attacked.'”