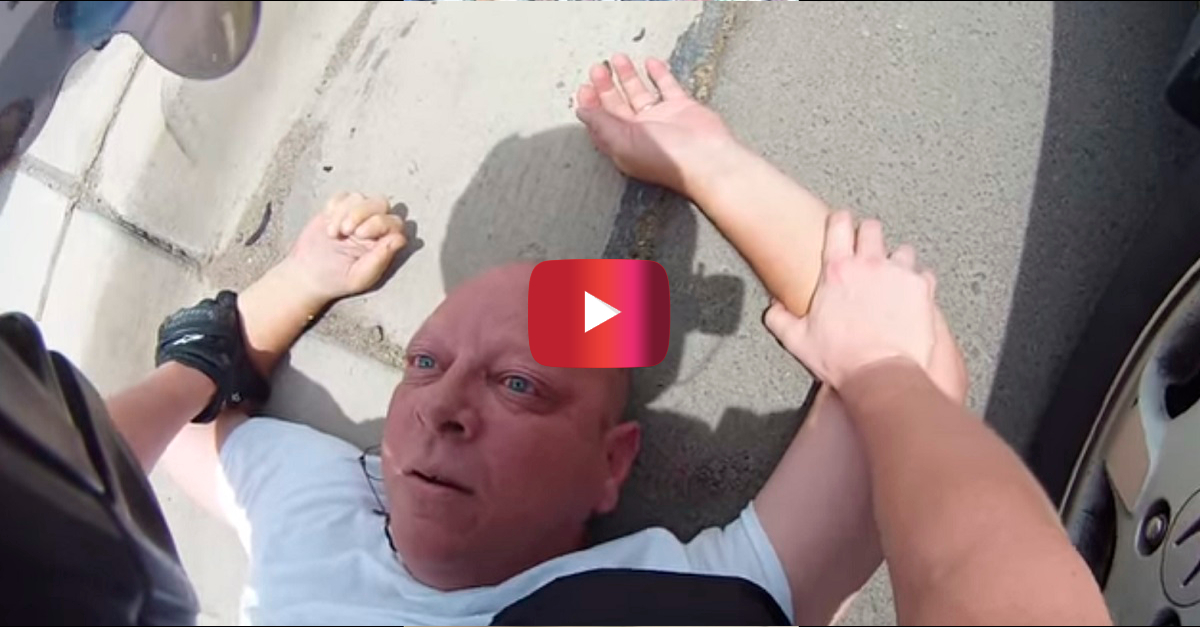 Warning: this video does have some language you may consider offensive.

An Arizona man was riding along on his motorcycle with his girlfriend in Yuma when a motorist took offense to something and put on a road rage performance of seriously deranged proportions.

Stealthy Aban uploaded the video to YouTube showing the incident in its unfiltered glory.

The road raging man exits his vehicle at a red light. The confrontation begins at the :50 mark.

The man on the motorcycle put the aggressor on the ground when he started messing with his girlfriend.

According to the uploader, the ?Driver of the car apparently broke his ankle when he went to the ground, which is why I?m told he did not go to jail.?

?He has multiple charges against him including endangerment, threatening, and assault. Myself and the police officers I spoke with clearly believe he was under the influence of something. Court date pending,? he added.

The man certainly appeared to be under the influence of something. It looks like he?s staring right through people.

The uploader wrote that ?Police department officials have told me that they are still waiting for blood test results to come back to determine what, if anything, was in the guys system? and he plans to keep people updated on the results.