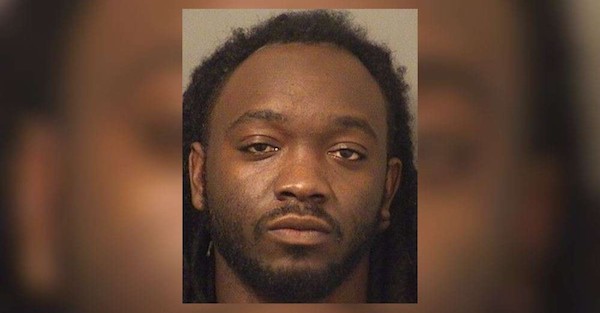 WELLINGTON, Fla. — A man told Palm Beach County sheriff?s deputies that after his brother scored a touchdown on a 28-year-old man during a pickup football game in November, the man threatened to kill them and fired a gun at them.

Investigators arrested Ruleon Michel of Belle Glade this month on charges of aggravated assault with a weapon and shooting into an occupied vehicle, the Palm Beach Post reported.

On Nov. 12, a group of men was playing football at Wellington Green Park, just south of Forest Hill Boulevard and west of the Mall at Wellington Green, when a fight broke out at about 12:45 p.m., according to witnesses in the park. The witnesses told investigators the group of men went across the street to their cars to leave when they saw a white BMW sedan speed away and possibly hit a black SUV. Those at the scene said the man in the black SUV pulled out a gun and shot several times at the BMW.

Investigators said no one involved in the fight was at the scene when they spoke with witnesses. About half an hour later, the sheriff?s office got a call from a woman stating her sons were involved in a shooting in Wellington. Deputies went to their suburban Boynton Beach home and interviewed the brothers separately. Investigators said they had the same story: They were playing football with a group at the park when one of the brothers scored a touchdown on Michel. They said Michel became upset and said he was going to kill them, the Palm Beach Post reported.

The brothers then ran to their white BMW and tried to get away, according to the report.

When they did, they got trapped at a dead-end nearby and the 21-year-old brother fled the BMW and ran toward the mall. Michel followed the vehicle and shot a gun several times. It?s unclear from the report if he got out of his car to shoot the weapon or shot while driving. The 26-year-old brother driving the BMW was able to get away and then pick up his brother so they could go home.

The older brother said he knew Michel from high school and was able to identify him.

Michel was arrested Dec. 6. He was also picked up on domestic battery charges, but those charges were not filed, according to court records. Michel remained Wednesday morning in the Palm Beach County Jail on $100,000 in the shooting case, according to jail records.