High school football players took a knee during the national anthem, and their coach kneeled alongside them 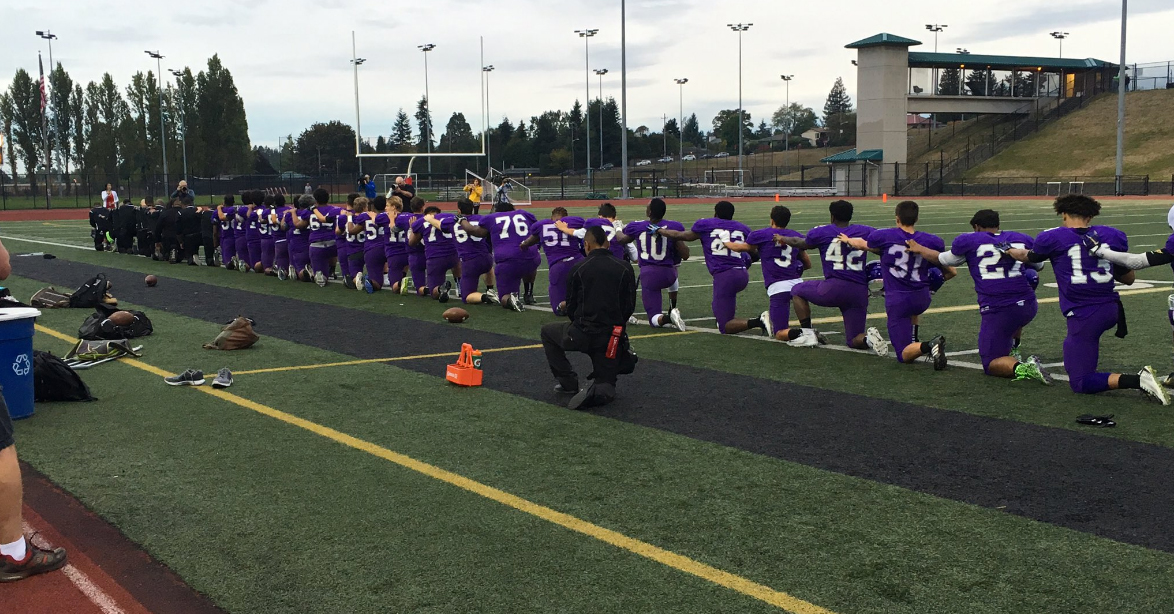 Ever since San Francisco 49ers quarterback Colin Kaepernick refused to stand for the national anthem during an NFL game several weeks ago, the effects of his protest have rippled through the league as well as local football communities.

This weekend more players followed in Kaepernicks footsteps, only this time it wasn’t just a few lone wolves — it was an entire Seattle high school football team. The Garfield High School Bulldogs took a knee during the national anthem during their season-opening game against West Seattle High, including the coaches and staff.

Plenty of photos showed up online following the game.

the whole Garfield HS football team took a knee during the national anthem tonight. 206 to my city. pic.twitter.com/nyKhPVARZx

Garfield's coach told us before the game the decision to kneel was entirely player driven, but he supports the msg pic.twitter.com/fSbERqZsPc

The decision to kneel in solidarity came from the players, but their coach, Joey Thomas supported them 100 percent. “One thing we pride ourselves on is we have open and honest conversations about what is going on in this society,” Thomas told Capitol Hill Seattle. “It led kids to talk about the social injustice they experience … and it led to coaches to talk about what we go though. We’re teaching life skills through sports.”