Hockey player takes a puck to the face, bleeds all over the ice, and comes back like it’s nothing 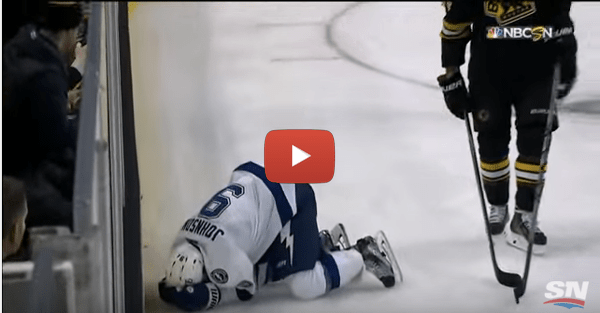 He may not have been able to get sweet, sweet payback, but this hockey player came back with a vengeance to lead his team to victory,

After leaving a pool of blood on the ice after being struck in the face by a puck during Sunday’s game against the Boston Bruins, Tampa Bay Lightning forward Tyler Johnson made the next team pay, scoring the teams only two goals in route to a 2-1 win over Toronto.

Johnson has played in only 26 games this season and notched his first two-goal game of the season, after having scored nine entering the contest.

That’s one way to get even: take it out on the next team.