What Can’t She Do? Homecoming Queen Kicks Game-Winning Extra Point 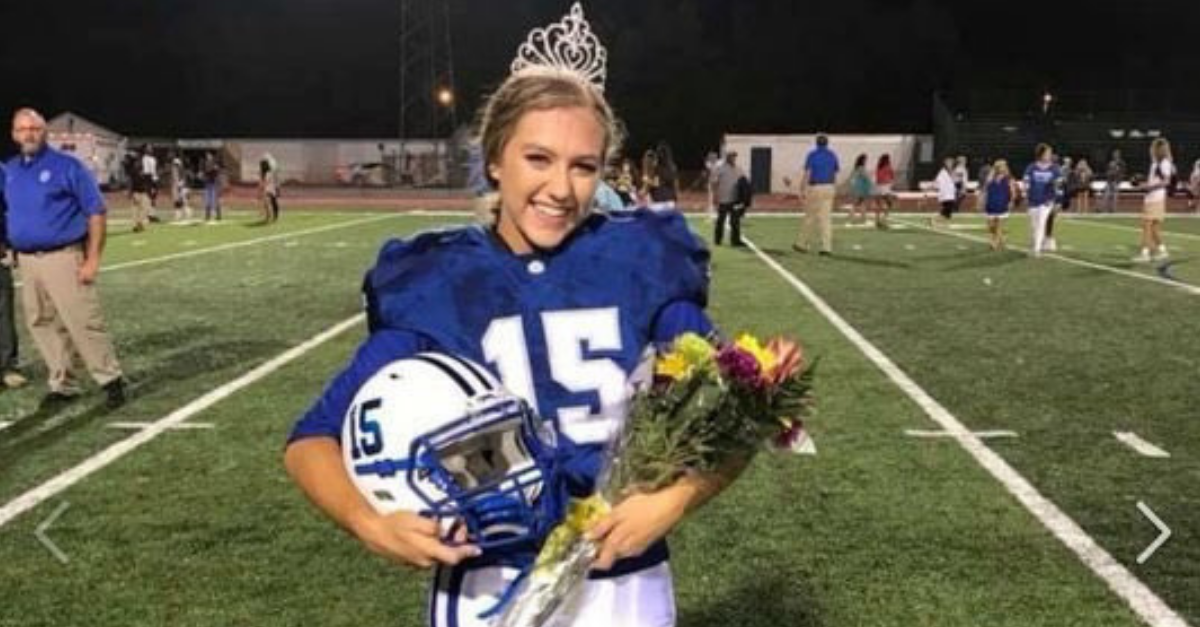 Football brings out the best in everyone who straps on the pads. It’s physical, demanding and is as much a mental game as it is a physical one. Good luck trying to tell Kaylee Foster that football is only for the boys, though.

At Ocean Springs High School in Mississippi, the senior kicker was easily the Most Valuable Player on the field when her team knocked off the George County High School Rebels last Friday night. Not only did the high school senior lead her Greyhounds football team to an overtime victory, Foster was also named Homecoming Queen earlier that same night.

Foster has been playing organized football for six years. The senior also happens to be a pretty good soccer player and track star, too, but football is where she’s made the biggest impact at her Mississippi high school.

After converting field goals of 20 and 30 yards earlier in the game, Ocean Springs headed to overtime with George County tied 6-6. After a touchdown and missed extra point, Foster’s team scored on the next possession, and all that separated Ocean Springs from a win was Foster’s game-winning extra point.

“Jak King, the holder, he like looks at me and said like, ‘it’s OK, Kaylee. Just kick it like you always do. It’s OK,’ ” Foster said after the game.

She did, and pandemonium ensued on Homecoming Night.

What are the odds of the Homecoming Queen nailing the game-winning kick?

Ocean Springs head coach Ryan Ross thinks we should check the tape because this is one of the most unique sports feats in football history.

“I’d like to check the whole country and see if it’s ever happened before. It certainly makes for a memorable weekend for the whole team, but especially Kaylee. It’s a big night for her. I’m proud of her, and I’m proud of the team.” — Ryan Ross

Girls aren’t given the opportunity to play football on many occasions, whether that be because of outside stigma or family members in fear of their safety. Seeing Foster pull off this double-feature, kicking the game-winner and winning Homecoming Queen on her FOURTH year on the homecoming court, is such a cool feat.

Ocean Springs wins 13-12. @_kayleefoster kicker for the Greyhounds scores the winning field goal in overtime. She was also crowned the homecoming queen earlier in the evening. pic.twitter.com/Pd71Hmwzkz

“I really don’t have any words,” Foster said after the game. “This has just been so wonderful. I love football and I love Ocean Springs.”

Foster dawned the queen’s tiara for postgame photographs with her teammates, then she woke up the next day to take the ACT exam.

I mean, c’mon: What can’t Kaylee Foster do?

READ MORE: Central Oklahoma Defensive Back Loses Foot After Being Run Over By a Train