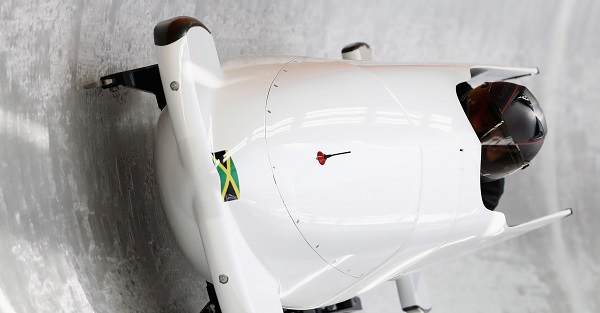 If you happen to follow Red Stripe USA on Twitter, you might have seen the beverage company make a strange and curious offer to the Jamaican women’s bobsled team on Thursday.

No bobsled, no problem. If you need a new ride @Jambobsled, put it on @RedStripe’s tab. DM us and we’ll be in touch 👌🍻

In the middle of the Winter Olympics, why would the Jamaican team “need a new ride,” you may ask? Well, the story is bizarre.

In short, the coach of the women’s team, Sandra Kiriasis, seemingly left the team in a rush and she provided a strange statement on Facebook surrounding the departure. (h/t NBC Olympics)

?Without giving any reasons, I was told out of the blue that with immediate effect I should work only as a track and performance analyst, would have had to leave the Olympic Village, would lose my accreditation as part of the Jamaican team and was not supposed to have any more contact with the athletes, etc.”

That may not seem too wild but, in addition to simply leaving the team, reports indicate that Kiriasis basically confiscated the bobsled, leaving the team without the ability to compete. Enter Red Stripe, who sprung into action and apparently delivered a sled for the crew to use.

JUST CONFIRMED: Ja’s Bobsled team at the #WinterOlympics received a sled from @RedStripeUSA earlier today. According to a grateful Ja Bobsled pres. Chris Stokes, sled is being prepped & team is in high spirits. No figures confirmed but the usual cost for sled is $7M #GLNRsports

There are some questions to be answered, like why Red Stripe would do this (Note: the $7 million figure above is in Jamaican dollars) and what steps were actually taken from the time of the offer until the sled was delivered. Still, this is a crazy story and, on the bright side, the Jamaican women’s team can compete without issue.