Karate dude tries to kick an apple off his student’s head, and he missed by a lot. Ouch.

Guys Light Firework in Closed Garage, And It Ended Terribly 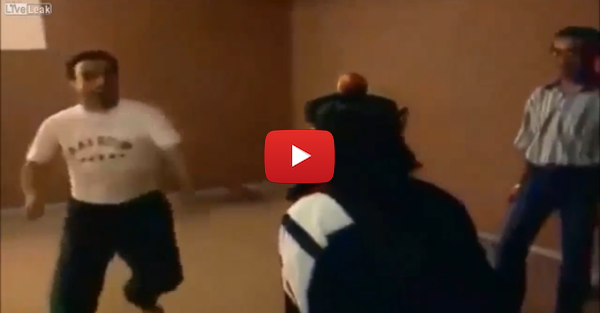 That was the most brutal fail ever and the recipient could not have expected that, nor did she deserve it.

I guarantee he did not stretch before attempting this kick, which is why he failed miserably. The apple simply dropped from it’s original resting place which means the force of his kick was similar to snatching a table cloth from a table and leaving the dishes in tact.

Nothing will ever be the same for this poor woman. Her head is probably still ringing and she’s taken apples completely out of her diet. This kick likely ruined her entire life.