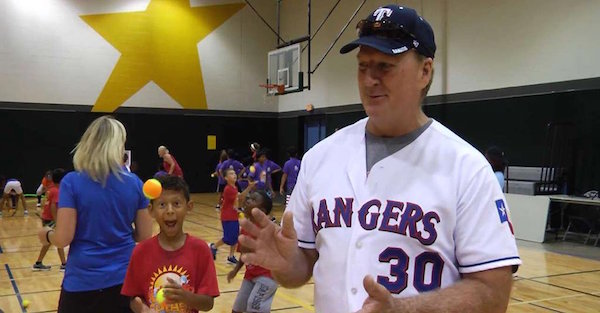 Texas Wesleyan baseball coach Mike Jeffcoat has been fired after controversial comments made to a potential recruit, the school announced on Thursday.

“Mike Jeffcoat is no longer an employee with Texas Wesleyan University,” Texas Wesleyan University President Fred Slabach announced during a press conference. “He was separated from the University due to the discriminatory remarks contained in an email to a potential recruit from the state of Colorado and for another factor that we have been investigating for the last week. This additional factor is an NAIA rule violation that has recently came tour attention.”

Jeffcoat, a former MLB pitcher, told Gavin Bell, a Colorado high school prospect, via email that he was un-welcomed by the program because he was “from the state of Colorado” and “players have had trouble passing our drug test” in the past due to the state’s legalization of marijuana for recreational usage, as confirmed by The Houston Chronicle.

“Thanks for the interest in our program,” Jeffcoat wrote. “Unfortunately, we are not recruiting players from the state of Colorado. In the past, players have had trouble passing our drug test. We have made a decision to not take a chance on student-athletes from your state. You can thank your liberal politicians. Best of luck wherever you decide to play.”

Jeffcoat joined Texas Wesleyan’s staff in 2002 and had previously spent 10 seasons as an MLB pitcher, before retiring in 1994.