MUST SEE: Gator fight caught on video in Clearwater 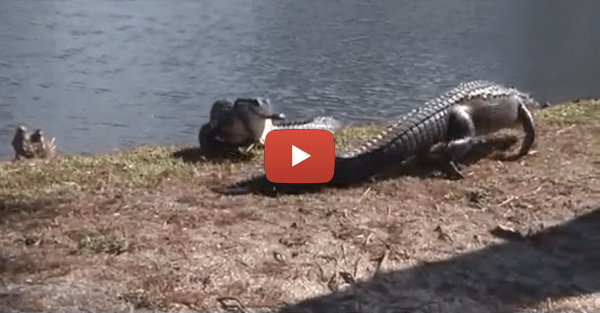 This is better than an old-fashioned action movie where the local hero and the dark-clad villain circles one another before either of them draws a pistol. A legit “eye for an eye” battle with neither of these beasts giving an inch!

It’s like the gator who made the first move was not happy about the other guy coming into his swamp, so he showed him what part of town he was really on. The other guy had to let this gangster-gator know that he’s from a rough part of the swamp too, and wasn’t having any of what he was selling.

Home-court advantage won here, as the attacker proved that his side of the swamp was way tougher. Watching two alligators mangle each other in this fashion was absolutely worth the view.