Not everyone hates Ryan Lochte. He has a new endorsement deal. 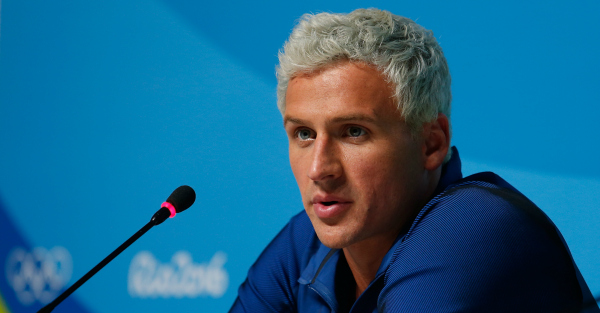 Matt Hazlett/Getty Images
Ryan Lochte of the United States attends a press conference in the Main Press Centre on Day 7 of the Rio Olympics on August 12, 2016 in Rio de Janeiro, Brazil.

Some say any publicity is good publicity, and Ryan Lochte may be proving that. The Olympic swimmer who’s been caught in a lie about being assaulted in Rio has picked up a new endorsement deal with Pine Bros., a cough drop manufacturer.

Thanks to all the folks at pine bros. for your confidence in me. I look forward to making you proud.

TMZ reports Lochte will be apart of a new campaign about the drops being forgiving on sore throats. The cough drop company’s CEO said everyone makes mistakes and Lochte deserves a second chance.

RELATED: Ryan Lochte has officially been charged by Brazilian police for his bad decisions in Rio

The swimmer will reportedly also appear on next season’s Dancing with the Stars.

I guess there’s a lesson here, kids. Don’t listen to your parents when they tell you not to lie or exaggerate… you could get TV appearances and spokesperson deals for it!