Princeton lacrosse coach fired for this indefensible action during a game 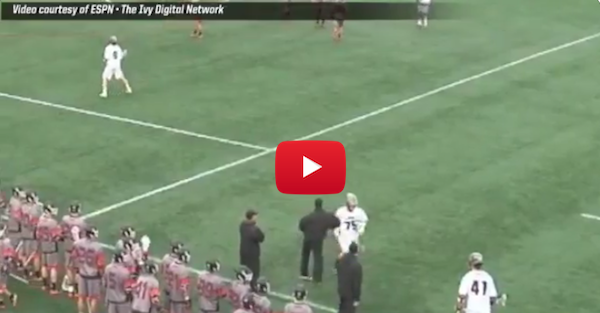 Men’s lacrosse is inherently a violent sport with the hockley-style crushing hits and swings from sticks these guys take. There are rubber lacrosse balls being flung at high speeds across the field and the goalies even have to wear heavy gear to take all the shots they do from opposing players.

However, you never expect a coach to get in on the action. Princeton head coach Chris Bates took his own shot at a Brown University player last weekend. He went out of his way to elbow a player running by him and has officially been fired.

Bates was in his seventh season at Princeton and led the Tigers to Ivy League championships in 2010, 2012 and 2015. Bates had a record of 53-42 with the Tigers. And if you like irony his bio says that his “calmness and strength serve as the bedrock of the Princeton men’s lacrosse program.”

Looks like that won’t be the case any longer.