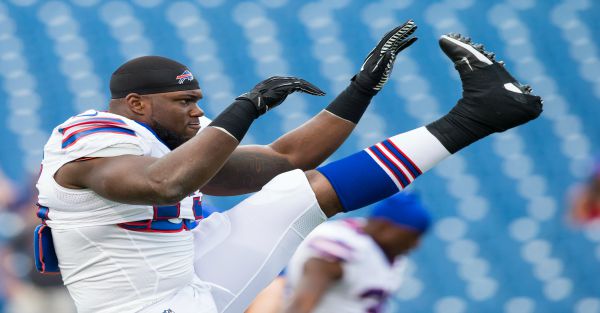 RELATED: The Buffalo Bills and I.K. Enemkpali are tired of talking about sucker punching Geno Smith, so stop asking

IK Enemkpali is making far more headlines for taking out training camp opposition than actual opponents, and that’s not a good thing.

If you recall, Enemkpali was released from the Jets last season after breaking quarterback Geno Smith’s jaw. The dispute was reportedly over a cash that Smith owed Enemkpali, which Smith denied.

Now Enemkpali is back to punching teammates, this time with Bills offensive lineman Cyrus Kouandjio.

IK Enemkpali took a swing at Cyrus Kouandjio just now. Ryan Groy stepped in and it was a 2-1 situation. This a year after IK socked Geno.

Training camp feuds aren’t a new phenomena but when you’re known for sucker punching your quarterback, people tend to pay more attention to your squabbles.